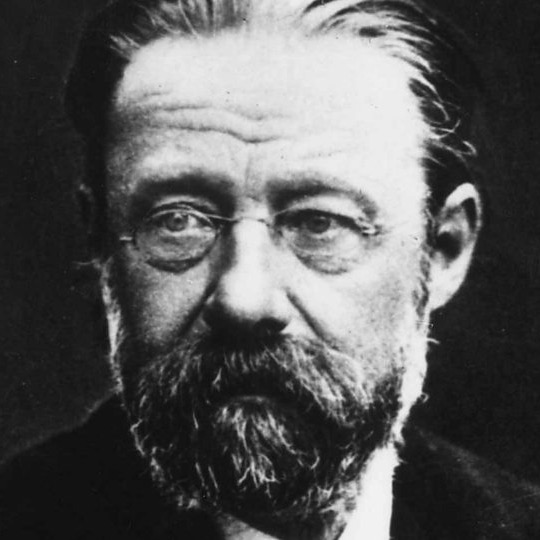 Bedrich Smetana, a Czech composer, is best known for his symphonic poem Vltava-Die Moldau, the second in a cycle of six love poems which he entitled Ma vlast (“My Homelend”). Smetana was the first composer to write music that was specifically Czech in character. Many of his operas are based on Czech themes and myths, the best known being the comedy The Bartered Bride. Smetana’s youthful love of art and his search for something indefinable is mirrored in his autobiographical work Z meho zivota (From My Life) a string quartet in E minor. The final movement of this work progresses to a piercing high E in the first violin which, Smetana explained, represents the devastating effects of his tinnitus. Smetana’s neurological illness progressed and, defying the orders of his doctors, composed his final, incomplete, opera Viola. Smetana influenced Antonin Dvorak as well as many Czech composers who came after him.