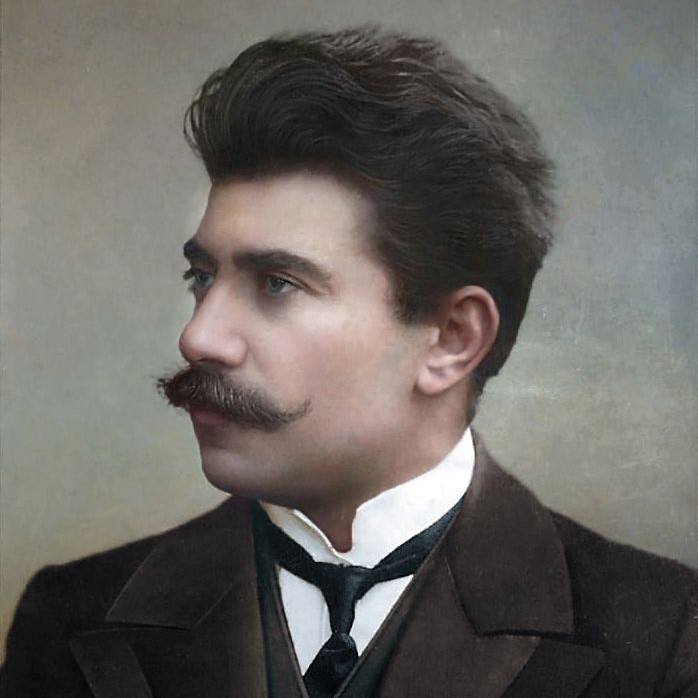 Reinhold Glière was a Soviet composer, of German and Polish descent, who was noted for his works incorporating elements of the folk music of several eastern Soviet republics.

Glière was the son of a musician and maker of wind instruments. He attended the Moscow Conservatory—where he studied violin, composition, and music theory with such notable composers as Sergey Taneyev, Anton Arensky, and Mikhail Ippolitov-Ivanov—and graduated in 1900. After teaching for a while in Moscow, he studied conducting in Berlin from 1905 to 1907, first appearing in Russia as a conductor in 1908, the same year his tone poem Sireny (“The Sirens”) was enthusiastically received. Glière taught at the Kiev Conservatory and was appointed director in 1914. He returned to Moscow in 1920, taught at the conservatory there, and became involved in studying folk music, traveling widely to collect material. The opera Shakhsenem (first performed 1934) resulted from his study of the national music of Azerbaijan, and Uzbek elements appear in the opera Gyulsara (1936).

Glière achieved a high status in the Soviet musical world after the Russian Revolution, largely because of his interest in national styles. He organized workers’ concerts and directed committees of the Moscow Union of Composers and Union of Soviet Composers. His pupils included Sergey Prokofiev and Aram Khachaturian.