Each year, Seattle Chamber Music Society’s Commissioning Club supports the creation of a new chamber music work, which is premiered during our Summer Festival in July.

Whether you are a long-time new music lover or you are newly curious about contemporary composition, the Commissioning Club is for you! Open to all, members receive access to 3 celebratory and communal club gatherings which feature lectures about the upcoming commission and the composer. Club meetings are held at the Center for Chamber Music and serves as a chance for new music lovers to spend an afternoon connecting and learning together over refreshments and music.

To participate, members pay a minimum yearly fee of $300. If the membership fee is prohibitive to your participation in the club at this time, please contact Andrew Collins at andrewc@seattlechambermusic.org.

It is through your efforts and participation that Seattle Chamber Music Society is able to sponsor the creation of compelling new chamber music that can be shared with future generations to come. Thank you for joining the club!

SCMS is thrilled to be presenting two composer’s in 2023!

The first commission will be by Gabriel Kahane. He will write a set of songs for us for piano, violin and voice. 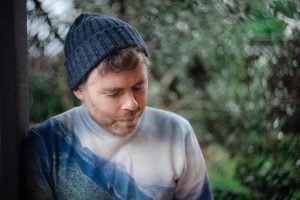 A sought-after composer of concert works, Gabriel Kahane will appear in the 2022/2023 season with the St. Louis Symphony, the Cincinnati Symphony, the Virginia Symphony, and the San Francisco Symphony, which will present emergency shelter intake form, Kahane’s 2018 oratorio exploring inequality through the lens of housing issues. He returns this fall to the Oregon Symphony, where he has served as Creative Chair since 2018, as soloist in his new song cycle The Right to Be Forgotten, a further exploration—begun with Magnificent Bird—of the increasingly fraught relationship between technology and humanity. You can learn more about Gabriel HERE.

The second commission is in partnership with Chamber Music Northwest and Great Lakes Chamber Music Society and will be written by Kian Ravaei. He is writing a collection of 5-7 miniature tone poems for string quartet inspired by short poems from authors spanning different cultures and time periods. The movements will follow each other attacca, creating a seamless musical narrative. 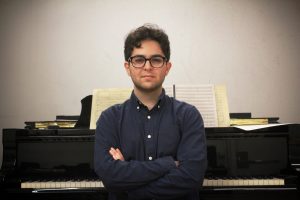 Composer Kian Ravaei (b. 1999) is obsessed with notes, and the indescribable feelings they inspire within us. Whether he is composing piano preludes inspired by mythical creatures, flute melodies that mimic the songs of endangered birds, or a string quartet that draws from the Iranian music of his ancestral heritage, he takes listeners on a spellbinding tour of humanity’s most deeply felt emotions.

You can learn more about Kian HERE.

Stay tuned for info about our next meeting!

Now supporting it’s 16th commission, the Seattle Chamber Music Society Commissioning Club was created in 2007 with the intent of supporting up and coming composers and continuing to expand contemporary chamber music repertoire. To see a complete list of commissions, click here.