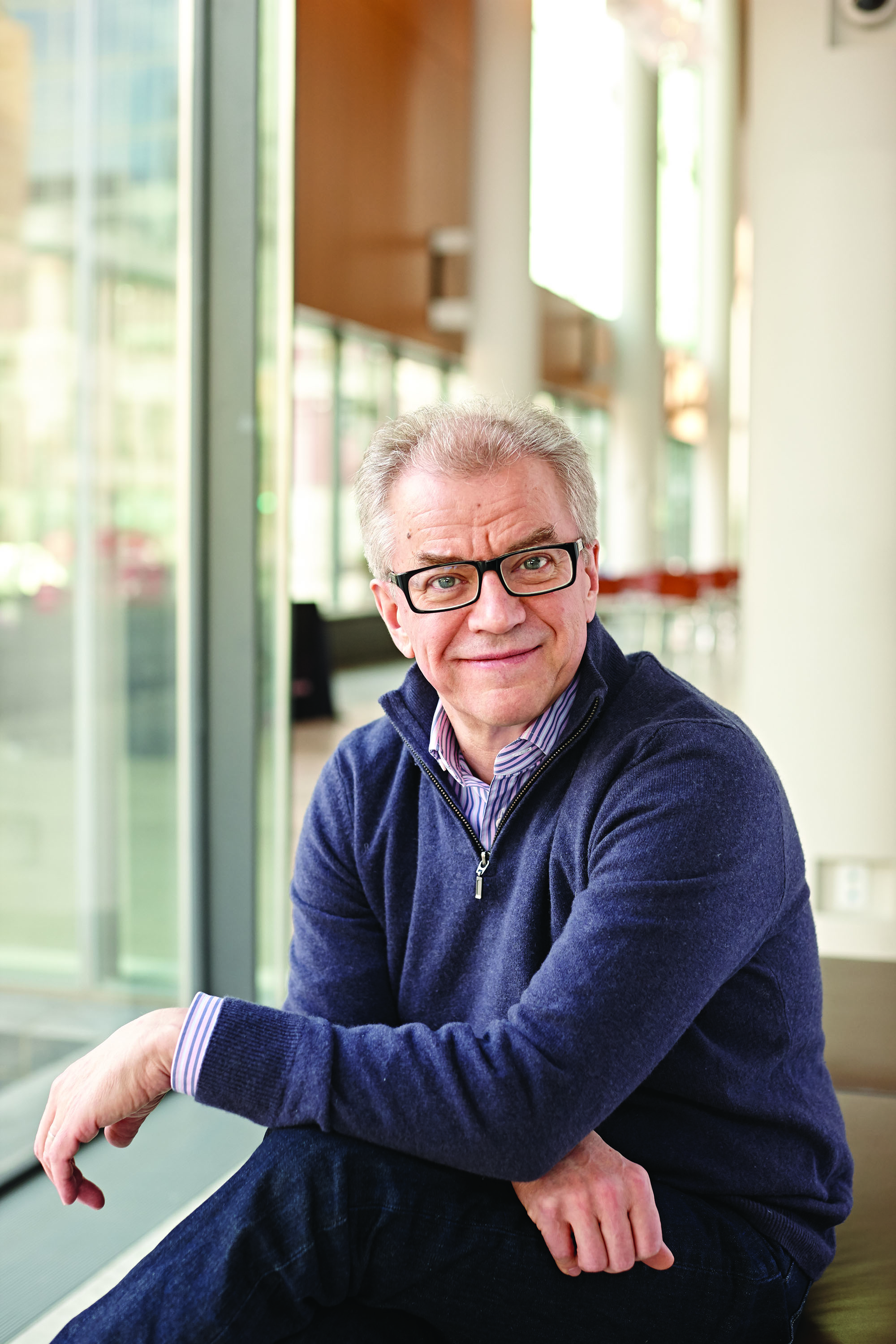 Finnish conductor Osmo Vänskä, began his music career as a clarinetist, held the principal chair of the Turku Philharmonic (1971-76) and the co-principal chair of the Helsinki Philharmonic (1977-82). During this time he studied conducting under Jorma Panula at Finland’s Sibelius Academy, and he was awarded first prize in the 1982 Besançon International Young Conductor’s Competition. Three years later he began his tenure with the Lahti Symphony as principal guest conductor, while also serving as music director of the Iceland Symphony Orchestra and the Tapiola Sinfonietta. In addition, Vänskä served as chief conductor of the BBC Scottish Symphony Orchestra of Glasgow (1997-2002).

In 2003, Vänskä became the Minnesota Orchestra’s tenth Music Director and is currently under contract through 2022.

Vänskä was appointed principal guest conductor of the Iceland Symphony Orchestra in Reykjavík, effective in fall 2014; he has since been named the ensemble’s honorary conductor. He is also conductor laureate of the Lahti Symphony, which he served as music director from 1988 to 2008, transforming it into one of Finland’s flagship orchestras during his tenure. Under his leadership, the Lahti Symphony received international attention for performances in London, Birmingham and New York, and for its award-winning Sibelius recordings on the BIS label.

He is renowned internationally for his compelling interpretations of the standard, contemporary and Nordic repertoires. He has led the Minnesota Orchestra on five major European tours and a historic Cuba tour that was the first by an American orchestra since the thaw in Cuban-American diplomatic relations, as well as numerous tours to communities across Minnesota. In August 2018 he will lead the Minnesota Orchestra on its first-ever tour to South Africa, performing concerts in Cape Town, Soweto and other cities. In January 2018, he and the Minnesota Orchestra undertook a Midwestern U.S. tour, performing on the Chicago Symphony Orchestra’s Symphony Center Presents series and visiting universities and community venues in Illinois and Indiana for residencies and concerts.

Honors and distinctions awarded to Vänskä include an honorary doctorate from the University of Glasgow. In May 2002 he was honored with a Royal Philharmonic Society Award for his outstanding contribution to classical music during 2001. Musical America named Vänskä 2005 Conductor of the Year, and in 2008 he received an honorary doctorate from the University of Minnesota as well as a Champion of New Music Award from the American Composers Forum. In 2010 he received the Ditson Award from Columbia University, honoring him in particular for his support of American music, and was named by the Minneapolis Star Tribune as its 2010 Artist of the Year. In September 2016, Vänskä led the Minnesota Orchestra in a halftime show to inaugurate U.S. Bank Stadium, the new home of the Minnesota Vikings, performing selections by Beethoven and Prince for an audience of more than 66,000.

Vänskä has three grown children from his first marriage. He keeps a residence in Minneapolis and in his spare time enjoys riding motorcycles.