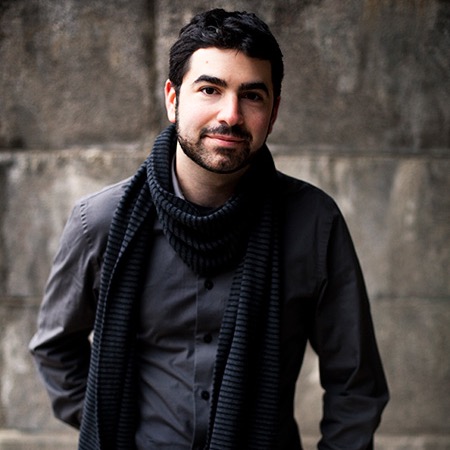 Pianist and composer Michael Brown is the winner of a 2018 Emerging Artist Award from Lincoln Center and a 2015 Avery Fisher Career Grant, Brown has recently performed as soloist with the Seattle Symphony, the National Philharmonic, and the Grand Rapids, North Carolina, New Haven, and Albany symphonies; and in recitals at Carnegie Hall, the Mostly Mozart Festival, and Caramoor. He is an artist of the Chamber Music Society of Lincoln Center, performing frequently at Alice Tully Hall and on tour. Brown was selected by András Schiff to perform on an international tour making solo debuts in Berlin, Milan, Florence, Zurich’s Tonhalle, and New York’s 92nd Street Y. He regularly performs recitals with his longtime duo partner, cellist Nicholas Canellakis, and has appeared at numerous festivals including Tanglewood, Marlboro, Music@Menlo, Gilmore, Ravinia, Saratoga, Bridgehampton, Bard, Sedona, Moab, and Tippet Rise.

His Beethoven-inspired Concerto for Piano and Strings will be premiered in 2020 at the Irving S. Gilmore International Keyboard Festival and by the NFM Leopoldinum Orchestra in Poland, with Brown as soloist. He was the Composer and Artist-in-Residence at the New Haven Symphony for the 2017-19 seasons and recipient of a 2018 Copland House Residency Award. He has received commissions from the Gilmore Keyboard Festival, Concert Artists Guild, Shriver Hall, the New Haven and Maryland symphony orchestras, and conductor Osmo Vänskä; from pianists Adam Golka, Roman Rabinovich, Orion Weiss, and David Kaplan; and from a consortium of public gardens with performing arts series.

He is a prolific recording artist whose upcoming releases in 2020 include Ravel’s Miroirs and Medtner’s Second Improvisation with movements newly discovered by Brown. His discography with orchestra includes appearances as soloist with the Seattle Symphony and Ludovic Morlot, and with the Brandenburg State Symphony in Samuel Adler’s First Piano Concerto. Other albums include music of Mendelssohn and Beethoven on First Hand Records; an all-George Perle CD; and collaborative albums with pianist Jerome Lowenthal, cellist Nicholas Canellakis, and violinist Elena Urioste. He has plans to embark on a multi-year project to record the complete piano music of Felix Mendelssohn.

A Steinway Artist, Brown was First Prize winner of the Concert Artists Guild Competition, a winner of the Bowers Residency (formerly known as CMS Two) at the Chamber Music Society of Lincoln Center, and a recipient of the Juilliard Petschek Award. He earned dual bachelor’s and master’s degrees in piano and composition from The Juilliard School, where he studied with pianists Jerome Lowenthal and Robert McDonald and composers Samuel Adler and Robert Beaser. Additional mentors have included András Schiff and Richard Goode as well as his early teachers, Herbert Rothgarber and Adam Kent.

A native New Yorker, he lives there with his two 19th-century Steinway D’s, Octavia and Daria.