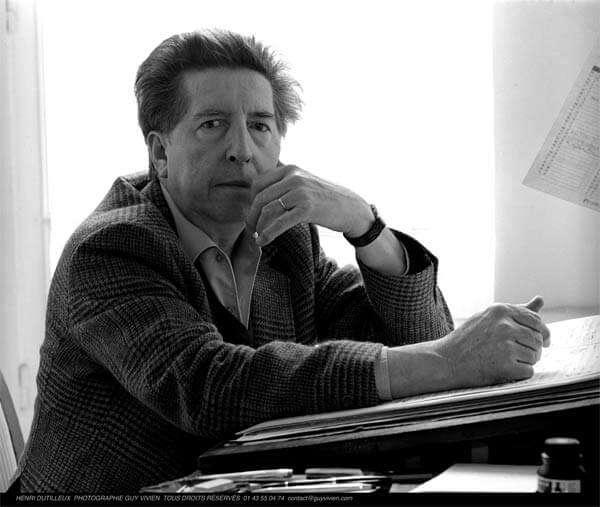 Born on 22 January 1916, French composer Henri Dutilleux was mainly active in the second half of the twentieth century. Initially, he studied harmony, counterpoint and piano with Victor Gallois at the Douai Conservatory before attending the Paris Conservatory. In Paris he studied harmony and counterpoint with Jean and Noël Gallon, composition with Henri Busser and history of music with Maurice Emmanuel. He has been awarded a number of awards through his career including the Grand Prix de Rome in 1938, UNESCO’s International Rostrum of Composers in 1955, the Grand-Croix de la Légion d’honneur in 2004 and the Ernst von Siemens Music Prize in 2005.

His style shows strong influence from Maurice Ravel, Claude Debussy and Albert Roussel but has a very individual element to it. His attitude towards serialism is difficult to discern. Although he did include some elements of the style in his own music, he criticized those behind the ideas saying that he disliked ‘the dogma and the authoritarianism which manifested themselves in that period’. He consistently refused to be associated with one single school of compositional thought. Rather, he merged and fused elements of earlier styles with those of the post-Second World War, including jazz, to create a rather unique style. He passed away on 22 May 2013 in Paris.