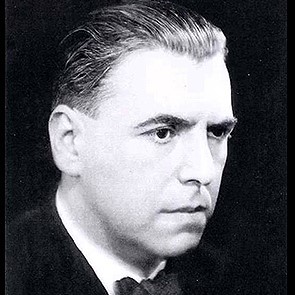 It was only 60 years after his death in the Wülzburg concentration camp that Czech composer Erwin Schulhoff began to be recognized. One of many composers whose works the Nazi regime labeled as “Entartete Musik” (degenerate music), he was effectively silenced by the stark political and social workings of fascism in the 1930s and 1940s. Schulhoff was indeed possessed of radical ideas, both political and musical, and was a founding member of the Dresden-based Werkstatt der Zeit (Workshop of the Time), but he is now known to be a composer of remarkable variety and invention whose works spanned the aesthetic void between the late romanticism of  Reger and Scriabin and the experimental modernism of Cage.

Schulhoff’s works divide roughly into four periods that manifest wildly different stylistic and ideological principles. His early works, composed after his studies at the Prague Conservatory, betray a great debt to Reger, Dvorák, and Brahms, and are in a generally serious vein. Following his service in World War I, he found new resonance in the ideas of the Second Viennese School (Arnold Schoenberg and his pupils), but soon embraced the emerging trend of dadaism as more representative of his philosophies. This “second period” in his creative development shows a dual allegiance to these two schools of thought, resulting in rather austere serial works as well as more vigorously anti-establishment works that included experimental notation systems and an emerging sense of musical humor.

By 1923 Schulhoff had moved into yet a third creative phase that was partly inspired by his exposure (in Dresden via recordings) to American jazz. This new influence was incorporated into a maturing synthesis of European trends, combined with a renewed interest in the music of his native Czechoslovakia. During this time many of his works took on a straightforward, almost Neo-classical sound that left the complexity of serialism behind.

Schulhoff’s final creative phase was precipitated by a visit to the Soviet Union in 1933, and his resulting political conversion to Stalinism. His late works betray a concerted effort to communicate in plain, unpretentious ways and to glorify the ideals of communism through the use of greatly simplified musical means. Ultimately these cannot be judged his most successful experiments. The German occupation of Czechoslovakia in 1939 resulted in Schulhoff’s arrest and imprisonment in 1941. He died only months later of tuberculosis.