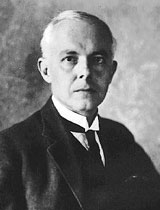 Béla Viktor János Bartók was a Hungarian composer and pianist. He is considered one of the most important composers of the 20th century and is regarded, along with Liszt, as Hungary’s greatest composer. Through his collection and analytical study of folk music, he was one of the founders of ethnomusicology.

Bartók infused his music with Hungarian and other Eastern European musical blood. The folk legacy was a deep wellspring that formed a basic part of his musical vocabulary. By 1920 or thereabouts, Bartók had sniffed the unmistakable fragrances of Stravinsky’s polytonalism and Schoenberg’s ardent serialism; his own music could not but be affected by these powerful breezes. Before his death from leukemia in 1945, Bartók’s music ran the gamut from stringent atonalism (as in his two sonatas for violin and piano) to an almost nostalgic diatonicism (as in his unfinished third piano concerto). In virtually all cases, however, the folk “accent” permeated his various adopted musical languages. His six string quartets are to the past century as Beethoven’s were to the high classical period.