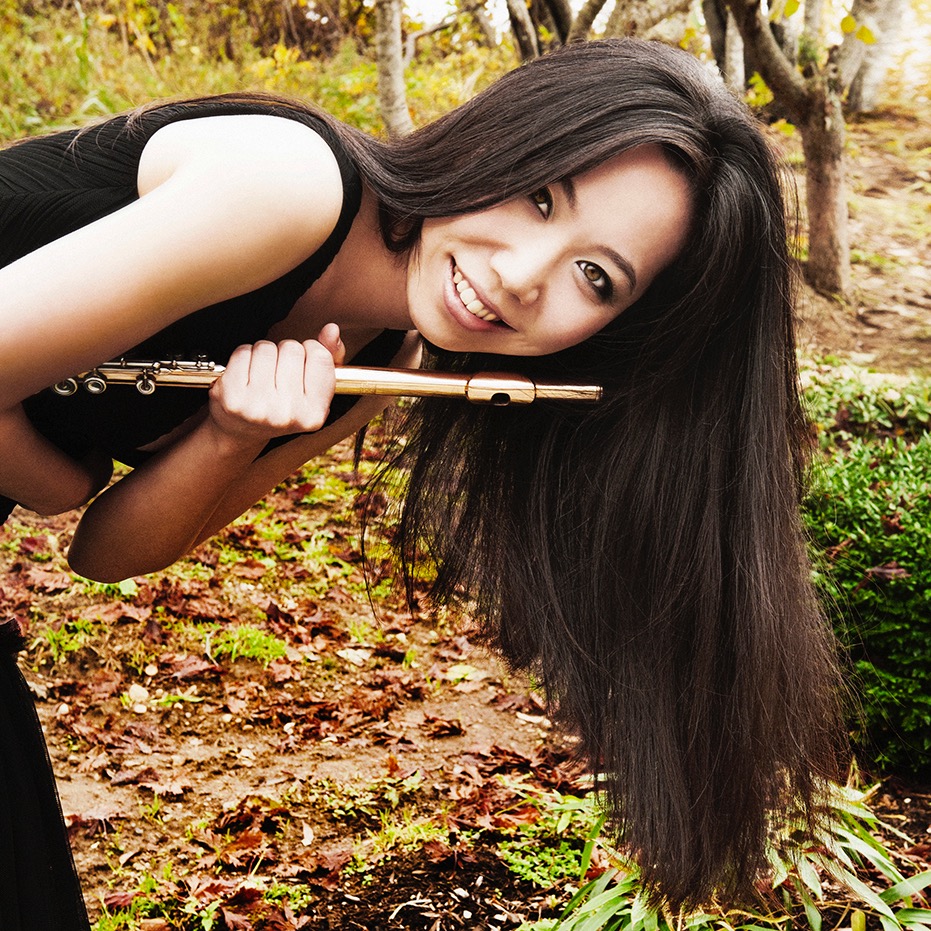 Since her concerto debut with the Seoul Philharmonic Orchestra at age ten, Flutist, Sooyun Kim has enjoyed a career performing with orchestras around the world including the Bavarian Radio, Munich Philharmonic, Munich Chamber, and Boston Pops orchestras. She has been presented in recital series worldwide including the Millennium Stage at Kennedy Center and Seoul Arts Center. She was the first flutist to present a recital at the Louvre Museum’s “Concert a midi”. A winner of the Georg Solti Foundation Career Grant, Kim has received numerous international awards and prizes including the third prize at the ARD International Flute Competition. She makes regular summer appearances at the Music@Menlo, Spoleto USA, Yellow Barn, Rockport, Olympic, and Chamber Music Northwest festivals. An alum of Bowers Program (formerly CMS TWO), she is an Artist Member of the Chamber Music Society of Lincoln Center. Her special interest in interdisciplinary art led her to collaborate with many visual artists, dancers, and museums around the world such as Sol Lewitt, the Isabella Stewart Gardner Museum and Glassmuseet Ebeltoft in Denmark. As an educator, she has given masterclasses and lectures around the world including the Cleveland Institute of Music, Mannes School of Music, Sibelius Academy in Finland and Seoul National University in Korea. She is currently on the faculty of Longy School of Music of Bard College and teaches summer courses at the Orford Musique. Kim studied at the New England Conservatory under tutelage of Paula Robison. In addition to her musical training, she studied Baroque Dance with Melinda Sullivan. Kim plays on a rare 18-carat-gold flute specially made for her by Verne Q. Powell Flutes.