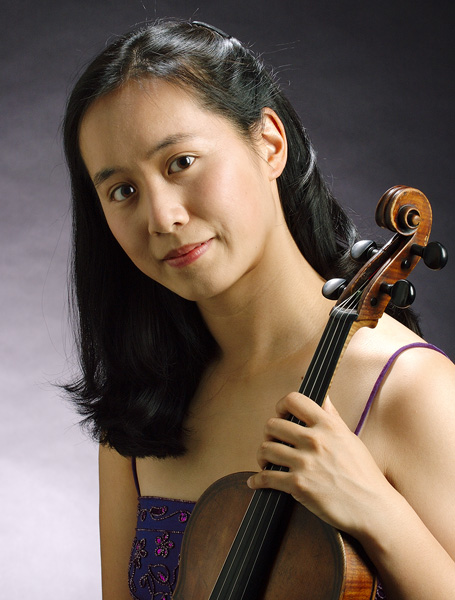 Canadian violist Sharon Wei is a soloist, chamber musician, and orchestra principal, and she has collaborated with conductors James Levine, Kent Nagano, Paavo Järvi, Zubin Mehta, and Yuri Termirkanov, among others. She has been guest principal violist of the Cincinnati Symphony, Canadian Opera Company, and Ensemble Matheus in Paris. She has played chamber music with Lynn Harrell, Gary Hoffman, Claude Frank, Peter Frankl, Joseph Silverstein, and the St. Lawrence String Quartet. Wei co-founded Ensemble Made in Canada, which won a CBC rising stars award and is currently ensemble-in-residence at Western University (London, Canada). She has given master classes throughout China, the U.S., and Canada and has taught at Yale and Stanford universities. Currently she serves as assistant professor of viola at Western University. She has created a course for performance majors in which students learn important off-stage initiatives such as networking, concert production, grant writing, website design, and managing finances. Wei is a 2004 graduate of The Curtis Institute of Music.