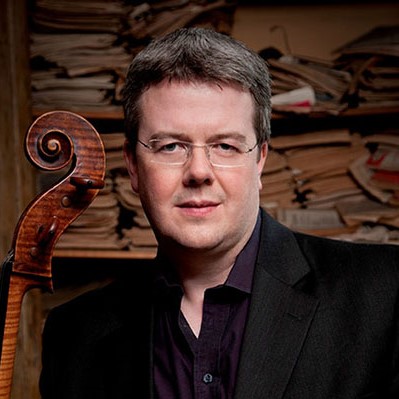 Paul Watkins enjoys a remarkably varied and distinguished career as soloist, chamber musician and conductor. He regularly appears as a soloist with orchestras worldwide and has made eight concerto appearances at the BBC Proms. Recent concerto appearances include the European Union Youth Orchestra with Bernard Haitink, and the BBC Symphony with Sir Andrew Davis. A much sought-after chamber musician, Watkins was a member of the Nash Ensemble from 1997 until 2013, when he joined the Emerson String Quartet. He performs regularly at chamber music festivals globally and is the Artistic Director of the Great Lakes Chamber Music Festival. He was the first Music Director of the English Chamber Orchestra, and served as Principal Guest Conductor of the Ulster Orchestra from 2009 to 2012. Since winning the 2002 Leeds Conducting Competition he has conducted many major orchestras throughout the UK, Europe, Asia and Australia. Recent highlights include conducting debuts with the Kristiansand and Detroit Symphony Orchestras, with an upcoming debut with the Minnesota Orchestra. Paul’s releases with Chandos Records include Britten’s Cello Symphony, and the Finzi, Walton, Delius, Elgar and Lutosławski concertos. As a conductor his recordings feature a GRAMMY nominated pairing of the Berg and Britten violin concertos with Daniel Hope.