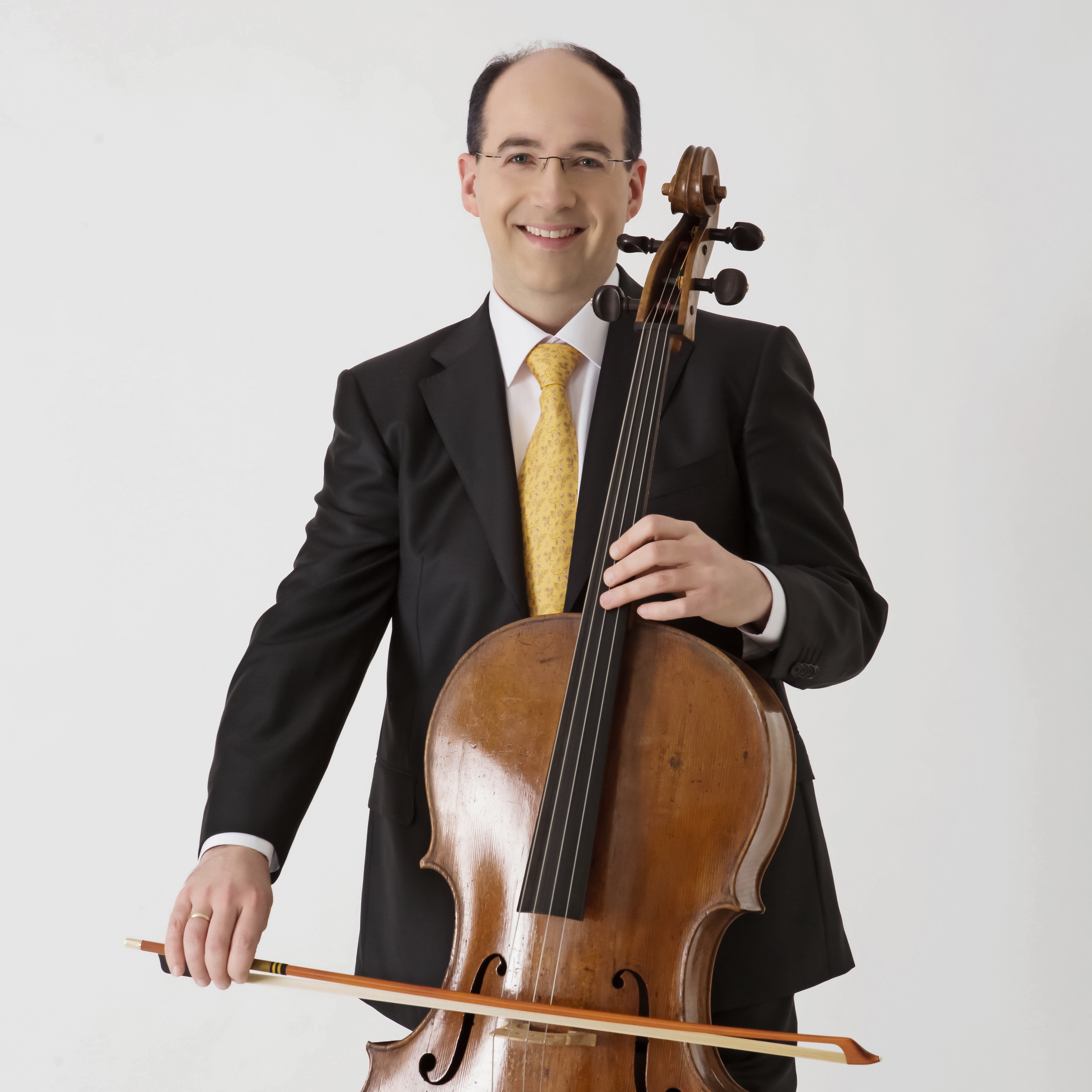 A modern player with a “signature sound” and distinctive style of playing, cellist Mark Kosower embodies the concept of the complete musician performing as concerto soloist with symphony orchestras, in solo recitals, and as a much admired and sought-after chamber musician. He is Principal Cello of the Cleveland Orchestra and a scholar and teacher of cello. He has performed as soloist with some of the greatest conductors of our time including Herbert Blomstedt, Sir Andrew Davis, Christoph Eschenbach, and Franz Welser-Möst and has made appearances with the Orchestre de Paris, the Rotterdam Philharmonic, the Bamberg Symphony, the Hong Kong Philharmonic, and the China National Symphony Orchestra as well as the Detroit, Florida, Houston, Milwaukee, Minnesota, Oregon, North Carolina, Phoenix, and Seattle symphony orchestras. Festival appearances include the Aspen, North Shore Chamber, Pacific, Ravinia, and Santa Fe Chamber music festivals. Mr. Kosower has recorded for the Ambitus, Delos, Naxos, and VAI labels.

During the coronavirus pandemic Mark Kosower performed two livestream performances of the complete Bach Cello Suites from Trinity Cathedral in Cleveland to raise money for Covid-19 victims as part of his ongoing Bach for Humanity initiative that began in 2018. Bach for Humanity aims to bring people together though Bach’s music in presentations for diverse socioeconomic groups in churches, community organizations, educational institutions, homeless shelters, performing arts series, radio and television stations, and retirement communities. Other activities during the pandemic have included live and recorded chamber music performances for the North Shore Chamber Music Festival’s Onstage/Offstage series, the Seattle Chamber Music Society, and a recital for the Casals Festival in Puerto Rico in addition to other recordings and numerous social media projects.

This season Mark Kosower performs the Gulda Concerto and Ernest Bloch’s Schelomo with The Cleveland Orchestra and appears with the symphony orchestras of Bangor, Dayton, and Santa Fe; in recitals with Max Levinson, and performs all six Bach Suites at the Santa Fe Chamber Music Festival.

An active educator Mr. Kosower teaches a series of master classes at Hidden Valley Music Seminars in Carmel Valley, CA each summer. He also works with students in lessons and master classes around the world including the New World Symphony fellows, Carnegie Hall’s NYO-USA program, the Shanghai Orchestra Academy, and the Baccareli Institute in São Paulo among other institutions. Mr. Kosower has been on the faculties of the Cleveland Institute of Music and the San Francisco Conservatory of Music.