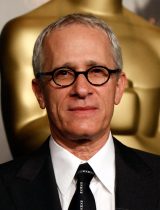 GRAMMY and EMMY award-winning film composer James Newton Howard is revered as one of the most versatile composers currently working in film. With a career spanning over thirty years he has composed music for over 120 films, eight of them nominated for Academy Awards and three Golden Globe nominations. As a composer, he draws inspiration from all corners of the current and historical musical styles to play upon the emotion, hit the action, and create memorable scores which stand on their own musically.

His success reflects the experiences of a rich musical past. Inspired and taught by his grandmother, a classical violinist and concertmaster for the Pittsburgh Symphony during the 1930’s and 40’s, he began his studies on the piano at age four. After studying at the Music Academy of the West in Santa Barbara, and at the USC School of Music as a piano performance major (which he left to tour with Elton John), he completed his formal education with orchestration study under legendary arranger Marty Paich.

In 1985, he was offered his first film, Head Office, and he quickly knew he had found his calling. Howard describes his career in film composition as “a natural fit. As far as the creative process goes, [he’d] rather do this than anything else, by far. Something different happened to [him] when [he] started to write music to images. It was a feeling of excitement and connection and a sense of being in the right place that [he] never had before.”

In addition to his contributions to film and television music, Howard has composed two concert pieces for the Pacific Symphony. I Would Plant a Tree debuted in February 2009, and most recently his Concerto for Violin and Orchestra premiered in March 2015, featuring renowned violinist James Ehnes. Howard also has a presence as a musician, arranger, songwriter, and producer in the pop and rock music industries working with talents as varied from Toto, Rod Stewart, and Chaka Khan.