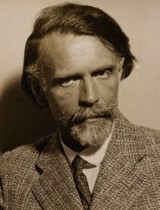 Born in 1882 in Kecskemét, Hungary, Kodály is remembered as a composer, pedagogue, linguist, philosopher and ethnomusicologist. Kodály studied composition at the Budapest Academy of Music simultaneously with his studies of both German and Hungarian at the Budapest University. Graduating first in 1904 with a diploma in composition followed by a diploma in music education in 1905 he finally received his Ph.D. from the Academy of Music with his thesis “Strophic Construction in Hungarian Folk Song” in which he analyzed the folk songs he had collected the year before. In 1907 until 1940, Kodály was a professor at the Academy of Music. From 1947 to 1950, Kodály served as the president of the Hungarian Academy of Arts and Sciences, instituting an ethnomusicological branch of the Hungarian Academy of Arts and Sciences in 1950. In 1960 he received an honorary doctorate from Oxford University, was elected President of the International Folk Music Council in 1961, and in 1964 he was the Honorary President of the International Society of Music Educators. In 1967, Kodály died of a heart attack.

His contributions to ethnomusicology and education are remembered as much as his work as a composer. During his lifetime he was most known for his compositions for chorus with orchestra, much of which was composed for use in his educational plans. Some of the most well known of these works include Pslamus Hungaricus (1923), Te Deum written in 1936 to celebrate the 250th anniversary of the unification of Buda and Pest from the Turks, and Misa Brevis written during the later years of WWII. In addition to these, Kodály is remembered for his orchestra works. Peacock Variations and Symphony in C for Orchestra are well known, however his Concerto for Orchestra has gained the most success. He did not do much work for the stage; however Háry Janós, a singspiel, gained some success, with its orchestral suite acquired more fame than the show itself. Kodály’s compositions, despite the genre, possess the spirit and musical idiom of Hungary.