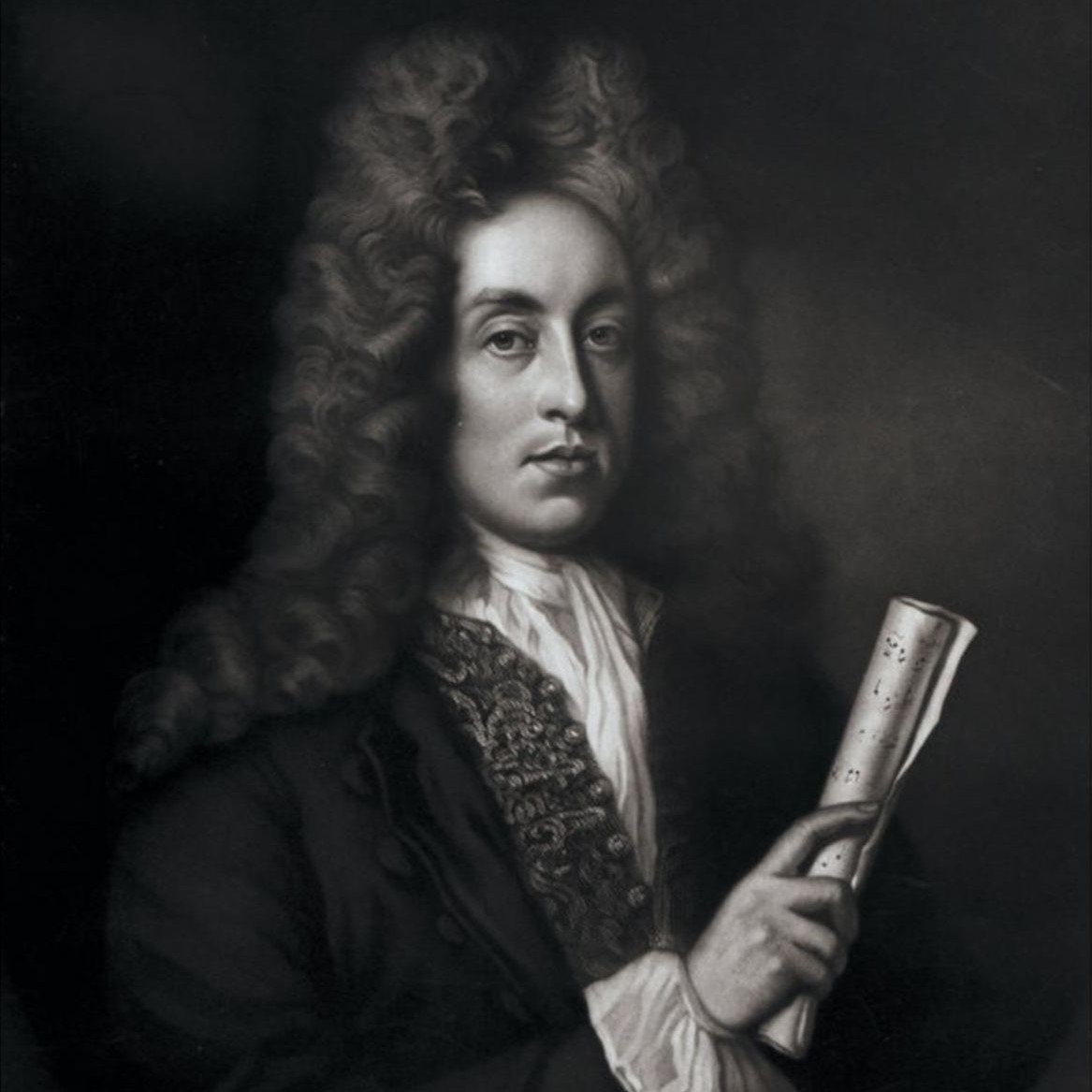 Henry Purcell was born in 1659 to Henry Purcell, master of choristers at Westminster Abbey, and his wife Elizabeth. When he was five, his father died, forcing his mother to resettle the family of six children into a more modest house and lifestyle.

On September 10, 1677, Purcell was given the Court position of composer-in-ordinary for the violins. It is believed that many of his church works date from this time. Purcell, a great keyboard virtuoso by his late teens, received a second important post in 1679, this one succeeding Blow as organist at Westminster Abbey, a position he would retain all his life. That same year saw the publication of five of the young composer’s songs. Around the same time, he began writing anthems with string accompaniment. Purcell was appointed one of three organists at the Chapel Royal in the summer of 1682, his most prestigious post yet.

Purcell composed his first ode for St. Cecilia’s Day in 1683. The following month he was named royal instrument keeper while retaining his other posts. The composer remained quite prolific in the middle part of the decade, primarily producing music for royal occasions. In 1685 the new King, James II, introduced many changes at Court, one of which was to make Purcell the Court harpsichordist and Blow the Court composer. Near the end of 1687, Queen Mary’s pregnancy was announced and Purcell was commissioned to compose an anthem for Psalm 128.

With the ascension of William and Mary to the throne on April 11, 1689, Purcell retained his post as royal instrument keeper, and he, along with Blow and Alexander Damazene, shared the duties of Court composers. With his royal duties reduced, he was able to pursue other opportunities, including teaching and writing for other organizations. One of Purcell’s greatest successes came in 1689 with the production of Dido and Aeneas. He then collaborated with John Dryden on King Arthur in 1691, and also composed the music for The Fairy-Queen (1692), based on Shakespeare’s A Midsummer Night’s Dream both productions also scoring triumphs. In the final year of his life Purcell remained exceedingly busy, writing much for the stage. He died on November 21, 1695.