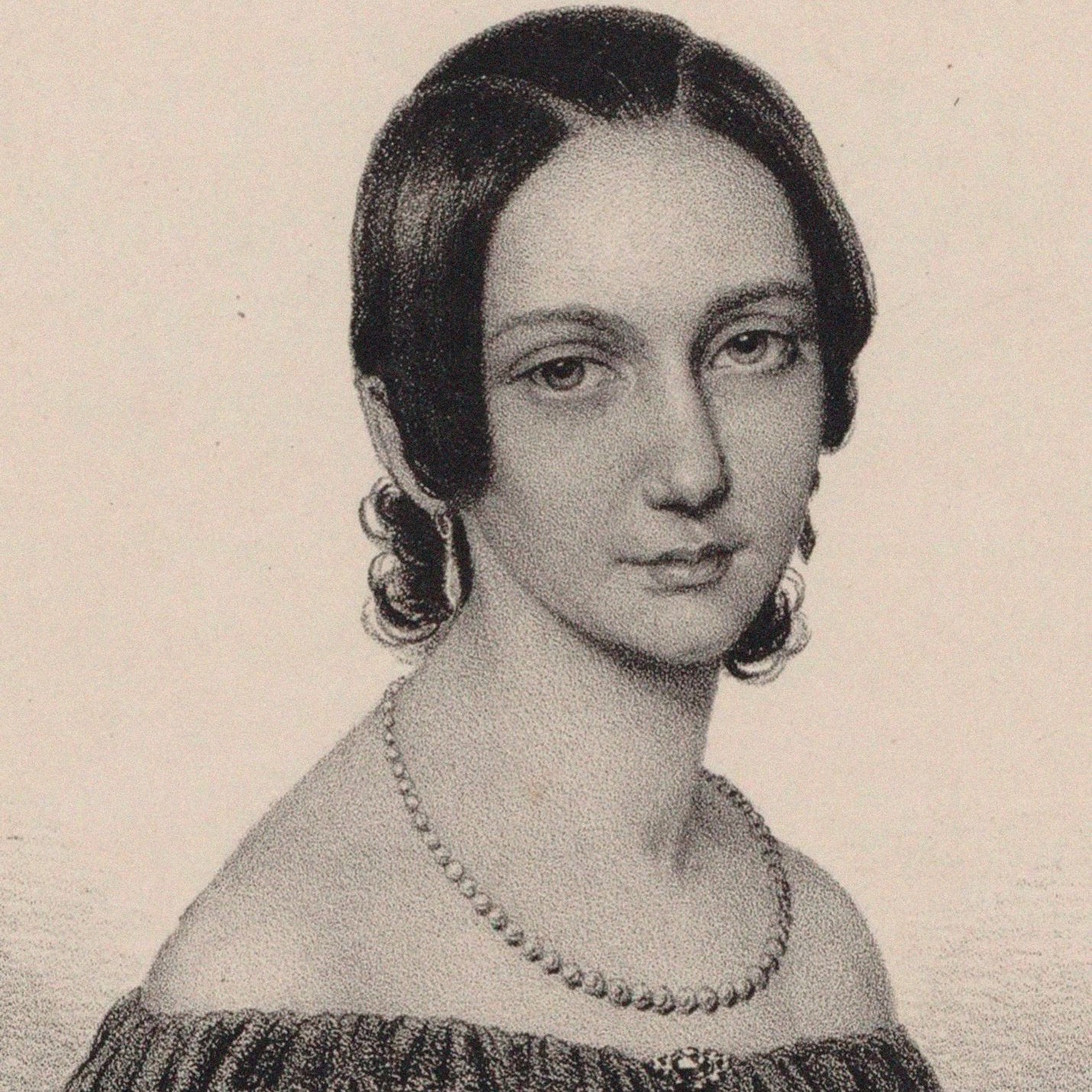 Clara Schumann, born Clara Wieck, was a child prodigy at the piano. Her father was her first and primary music teacher. She toured extensively across Europe as a child performing and learning from her father the art of managing a tour. Clara’s composing and performing took a back seat after her marriage to Robert Schumann, until he was admitted to an asylum and she resumed her public concert career to support her family. After Robert’s death, Clara continued her musical career and became teacher at the Hoch Conservatory in Frankfurt.  Major works include “9 Caprices en forme de valse”, “Romance variee”, “Valses romantiques”, an impromptu “Souvenir de Vienne” and “Concerto in A minor”.