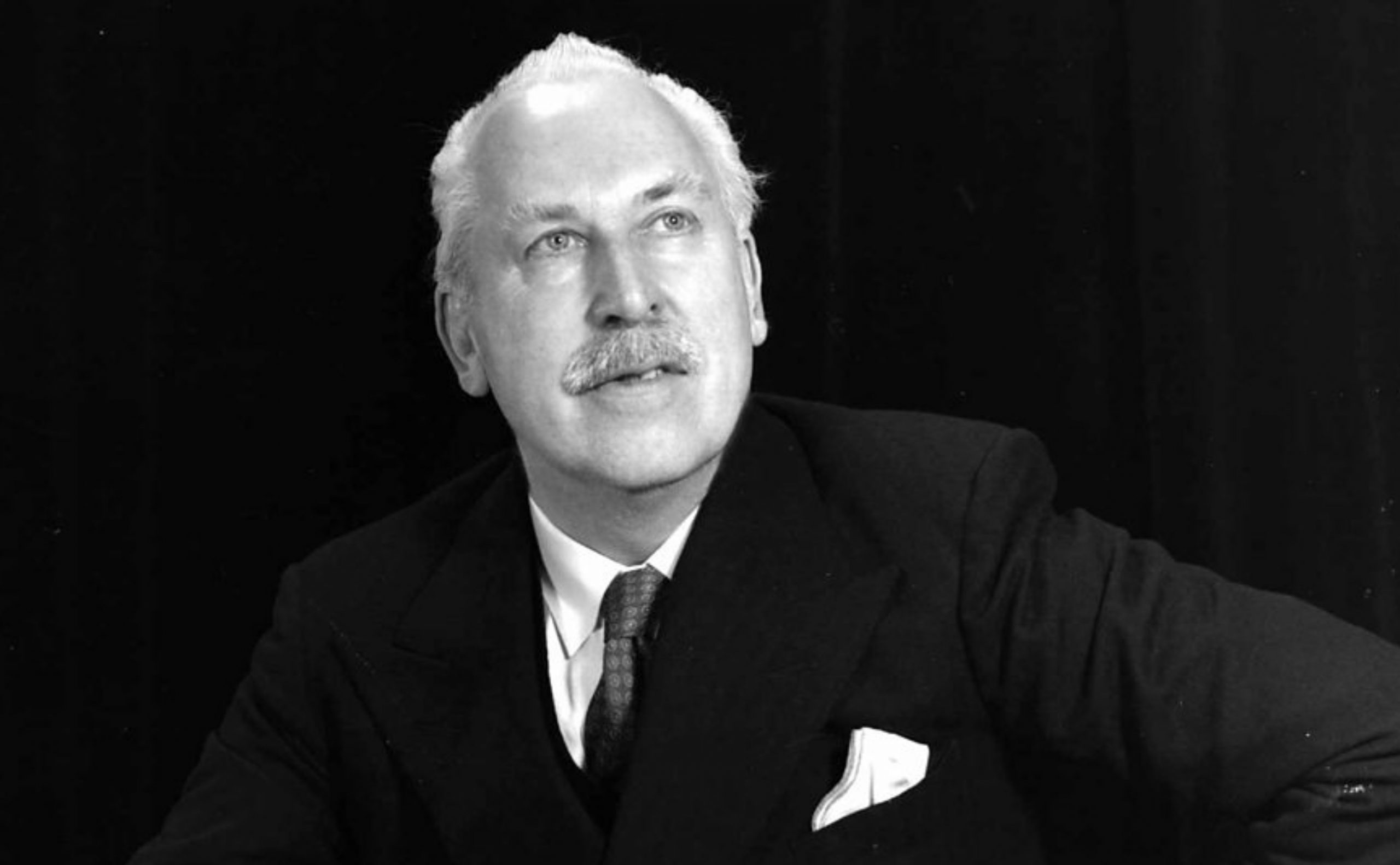 The eminent English composer, Sir Arthur Bliss, was born to an American father and English mother. He went to Bilton Grange Preparatory School and Rugby before going up to Cambridge. He was destined to display characteristics of both nations, his profound romanticism balanced by an unquenchable energy and optimism. After studying at the Royal College of Music under Charles Villiers Stanford, he served as an infantry officer in World War I.

With the return of peace, Arthur Bliss’s career took off rapidly as a composer of what were, for British audiences, startlingly new pieces often for unusual ensembles, such as a concerto for wordless tenor voice, piano and strings, and Rout for soprano and chamber orchestra, in which the voice sings phonetic sounds rather than words. Much of his early music shows the influence of Igor Stravinsky and Debussy. A landmark was his Colour Symphony of 1922 which explores the idea of the musical associations of different colours.

From the late 1920’s onwards Arthur Bliss moved more into the traditional English scene with choral works such as Pastoral and Morning Heroes, and in the 1930’s he wrote the music for the film Things to Come and the ballet Checkmate. Bliss was always an ambitious, prolific composer, and some of his works were clearly intended for a wider international audience than they actually received. The Introduction and Allegro and the Piano Concerto are examples, the concerto being premiered by Solomon at the 1939 New York World’s Fair. During the World War II he became Director of Music at the BBC, and formed ideas which led to the division of music broadcasting into categories after the war, such as the present day Radios 1 and 3. In 1950 he was knighted and in 1953 he was appointed to succeed Arnold Bax as Master of the Queen’s Musick.

The post-war period illustrates Arthur Bliss’s curious failure to attain the success he aimed for. His opera The Olympians, despite a full-scale production at Covent Garden, was not popular, his oratorio The Beatitudes was forgotten beside the success of Benjamin Britten’s War Requiem at the 1962 Coventry Festival, and his cello concerto, written for the great Russian cellist Mstislav Rostropovich to play at the Aldeburgh Festival, was overshadowed by those of Benjamin Britten, Henri Dutilleux and Witold Lutosławski although the cello concerto received its first London performance from the British cellist Julian Lloyd Webber. Bliss recorded fine interpretations of several of his major works, but they were not taken up widely by other conductors. His swansong, Metamorphic Variations, a large orchestral work, was first performed in 1972, but not by the great Leopold Stokowski as Bliss had hoped.

The Leicestershire Schools Symphony Orchestra had the great fortune of working with Sir Arthur Bliss when he conducted them in a performance of his Piano Concerto at the 1970 Cheltenham Festival with Frank Wibaut as soloist. An earlier concert performance of the concerto was also given at Loughborough, again with Sir Arthur Bliss conducting. Later that year, Bliss recorded his Introduction and Allegro with the orchestra for the Argo label. The relationship with the LSSO continued well into 1975 with a new production of his ballet The Lady of Shalott being staged at the Leicester Haymarket Theatre. This occasion was also featured in the television programme Girl in a Broken Mirror.

Since his death Arthur Bliss’s music has undergone a modest revival on radio and recordings, but his reputation remains insecure. His music undoubtedly has a personality of its own and is loved by its adherents.