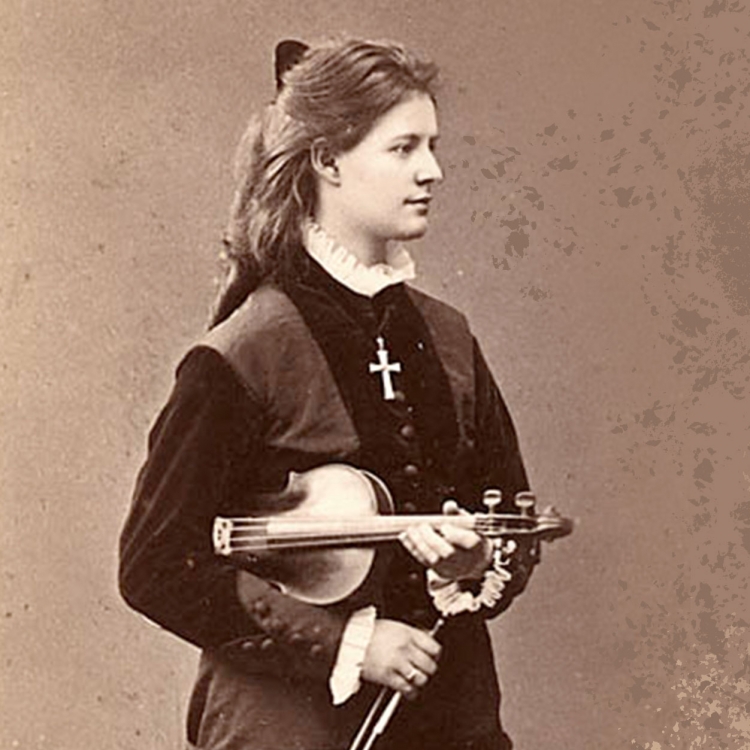 Amanda Maier was born into a musical home in Landskrona, Sweden and discovered her musical talent early. Her first instruction in violin and piano was from her father. At the age of sixteen, Maier began studying at the Royal College of Music in Stockholm, where she studied violin, organ, piano, cello, composition and harmony.

Maier performed violin concerts in both Sweden and abroad. She continued to study composition with the conservatory teachers Reinecke and Richter in Leipzig and violin from Engelbert Röntgen, concert master at Gewandhaus Orchestra in the same city. During this time she composed a violin sonata, a piano trio and a violin concerto for orchestra. Her violin concerto was premiered in 1875 with Maier as soloist and received good reviews.

In Leipzig she met the German-Dutch pianist and composer Julius Röntgen, her violin teacher’s son. The couple married in 1880 in Landskrona and moved to Amsterdam. The marriage ended Amanda’s public appearances, but she continued composing, and the couple arranged musical salons and performances in Europe of Rubinstein, Joachim and Brahms.

In 1887 Röntgen-Maier became ill with tuberculosis and she died in 1894.