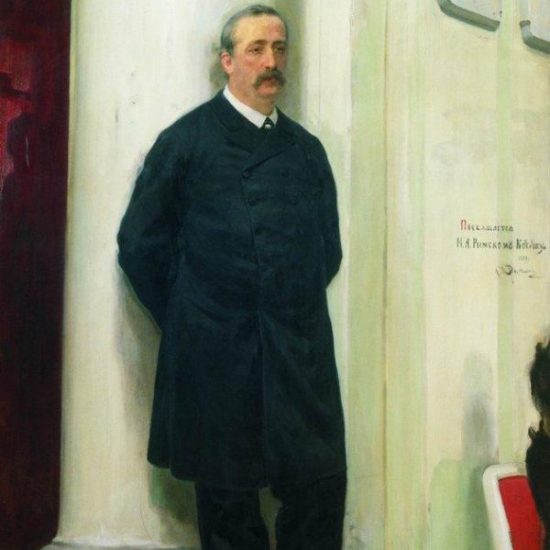 Alexander Borodin, a chemist by trade and composer by hobby was a member of The Five (or “The Mighty Handful”), which was dedicated to producing a specifically Russian style of art music. Best known for his symphonies, his two string quartets and his opera Prince Igor, his music is noted for its strong lyricism, rich harmonies and an undeniably rich Russian flavor. His passionate music and unusual harmonies have been an inspiration to many composers including Debussy and Ravel. Music from Prince Igor and his string quartets were adapted and made possible the 1953 musical Kismet by Robert Wright and George Forrest. In 1954, Alexander Borodin was posthumously awarded a Tony for the use of his music in Kismet. His interest in chamber music was unique amongst The Five and this gained the displeasure of other members of the group.