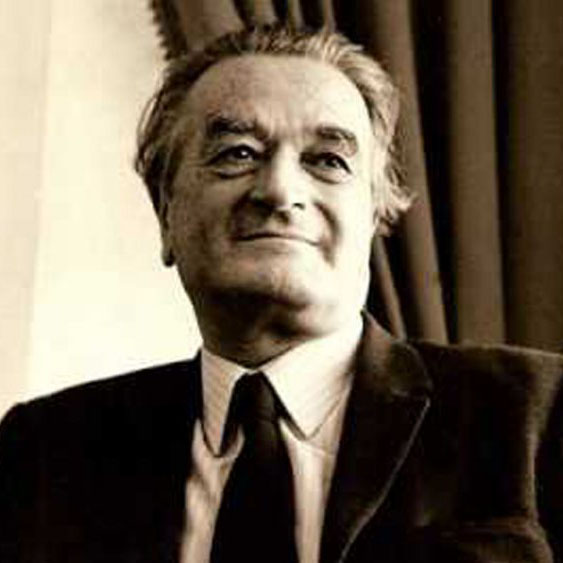 It was in Izmir that Saygun had his early education, through the difficulties and dangers of war, of the Greek occupation and of the varied rivalries of Western European powers.

He was able to have piano lessons, and his father bought an instrument for Saygun and his sister, but discouraged his son’s ambitions as a musician, insisting that he have some other means of earning a living. Saygun broadened his own musical knowledge by translating articles on music from the French Grande Encyclopédie, taught music at a primary school and then at a boy’s lycée in Izmir, before, in 1928, winning a Ministry of Education competition that allowed him further study in Paris.

He studied at the Paris Conservatoire with Eugène Borrel, who had early connections with Turkey, and subsequently at the Schola Cantorum in the composition class of Vincent d’Indy, learning what he could of Western culture and associating with fellow-students, particularly a group of young Turkish painters who were also benefitting from the cultural policies of Atatürk.

In 1931 Saygun returned to Turkey, first to teach at a training college for music teachers, and in 1934, at the command of Atatürk, to write an opera, Özsoy, to mark the state visit to Ankara of the Shah of Persia. At Atatürk’s intervention, Saygun was put in charge of the performance, with the Presidential Orchestra. This was followed by a commission for a second opera, Taşbebek, the first two such compositions of the new republic.

In 1936 Saygun returned to Istanbul to teach at the Conservatory. In 1939, however, he was appointed inspector of the Halkevleri, social institutions established throughout the country, based once more in Ankara. The position involved travel and enabled him to carry out his research into Turkish folk-music, continuing work in which he had earlier collaborated with Bartók.

In 1942, he completed his most famous work, the oratorio Yunus Emre, based on poems by the thirteenth century Sufi mystic. The work had its first performance in Ankara in 1946 and was to have notable performances abroad, in 1958 in the United Nations General Assembly Hall in New York under Stokowski, who hoped one day to perform the work in St Sophia in Istanbul.

From 1946 Saygun taught at the Ankara Conservatory, actively continuing his career as a composer, ethnomusicologist, writer on musical subjects and translator. On his retirement in 1972 he was given the honorary title of State Artist, the highest official honour, with its consequent financial security, one among various other awards and distinctions. He was able to continue teaching in the following years at the Istanbul Conservatory. His position in Turkey as one of the selfstyled ‘Turkish Five’, with Ulvi Cemal Erkin, Cemal Resit Rey, Necil Kâzım Akses and Ferit Alnar, three of whom he outlived, was unassailable, and he remains one of the most important composers of the New Turkey.