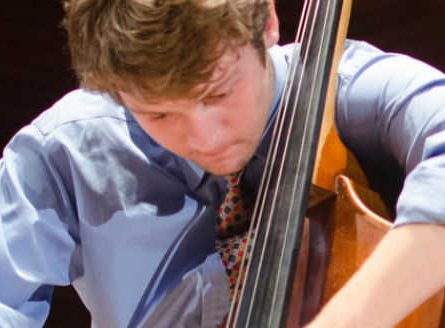 Seattle-native and student of Seattle Symphony Principal Bassist Jordan Anderson, Will Langlie-Miletich joins the Seattle Symphony bass section in the fall of 2019. Coming to us from the Curtis Institute of Music where he was admitted at age 16 as the Milton Levy Fellow, Will studied with Harold Robinson and Edgar Meyer. In Seattle, Will also studied double bass with Todd Gowers of Seattle Pacific University and enjoyed a number of Seattle Symphony community programs while growing up. He participated in the Seattle Symphony’s Merriman Young Composers workshop and was selected to perform a concerto with the Seattle Symphony in the 2013 Young Artists Competition. In 2018, Will was the sole bassist selected for the prestigious Marlboro Music Festival and returned to Marlboro this summer. An avid Chamber musician, Will has performed at festivals such as ChamberFest Cleveland and Music in the Vineyards in Napa California. Will has been a fellow at the Aspen Music Festival and School, and has attended Boston University’s Tanglewood Institute, and the Domaine Forget International Music Academy in Quebec, Canada.