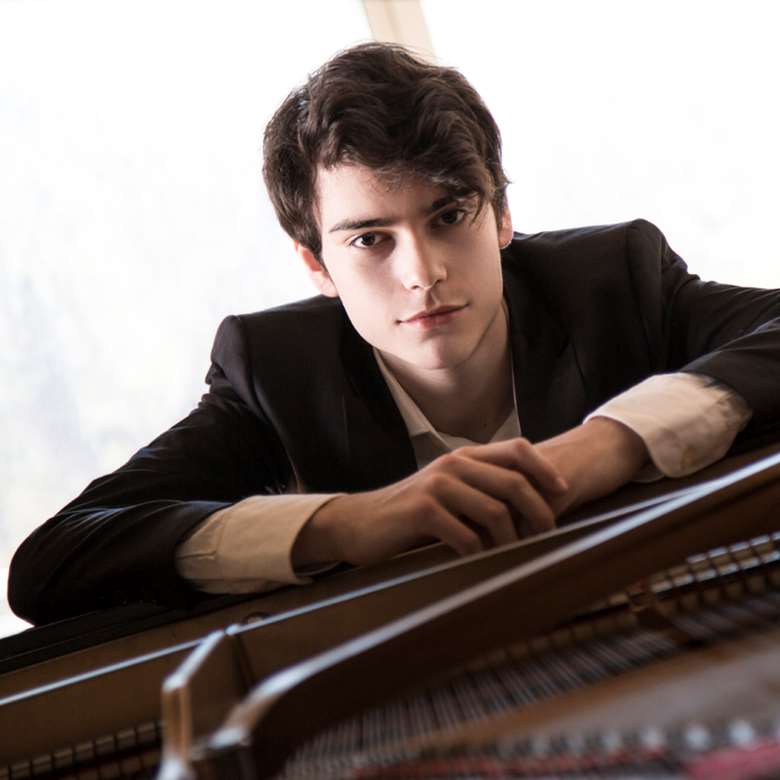 In January 2019, Tom Borrow was called on to replace renowned pianist Khatia Buniatishvili in a series of 12 concerts with the Israel Philharmonic Orchestra. At only 36 hours’ notice, he performed to sensational public and critical acclaim. Tom has since been re-invited to the IPO multiple times. He has recently been named a BBC New Generation Artist 2021-23.

Born in Tel Aviv in 2000, Tom Borrow has performed as soloist with all major orchestras of his native country and has won every national piano competition in Israel. He began studying piano with Dr. Michal Tal at the Givatayim Music Conservatory, and currently studies with Prof. Tomer Lev of the Buchmann-Mehta School of Music at Tel Aviv University. Tom has been regularly mentored by Murray Perahia, through the Jerusalem Music Centre.

WWFM Radio (US) has featured Tom as an outstanding young talent, and RAI televised his recent Rome concert. His first album will be released soon, on Hanssler Classic.