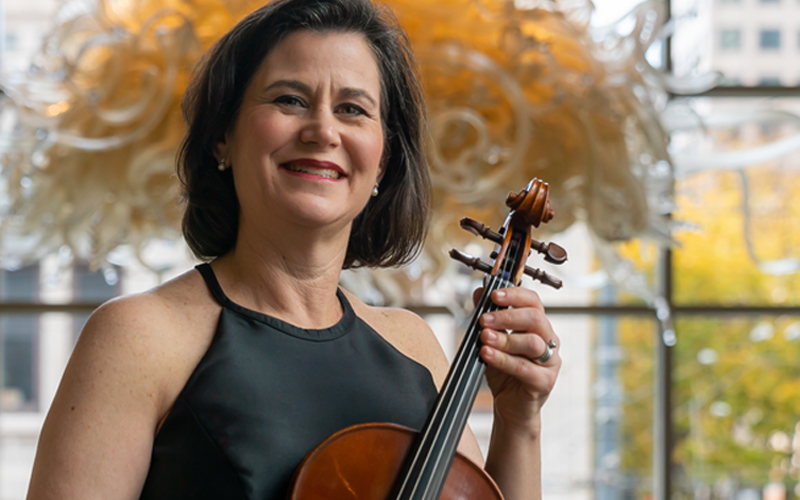 Principal Violist of the Seattle Symphony since the 1992-1993 season, Susan Gulkis Assadi enjoys a varied career as an orchestral player, chamber musician, soloist and teacher. After playing in numerous chamber orchestras, including The Brandenburg Ensemble, Concerto Soloists of Philadelphia and the European-based New American Chamber Orchestra, she began her orchestral career as the Principal Violist of the San Francisco Opera Orchestra before coming to Seattle. She also performs regularly with the Seattle Opera, the Seattle-based Music of Remembrance, and The Governor’s Chamber Music Series. She has coached and given master classes at The University of Washington, The New World Symphony and the National Orchestra Institute. She has spent the last twenty summers performing with the Grand Teton Music Festival. Ms. Gulkis Assadi received her Bachelor of Music degree from The Curtis Institute of Music.