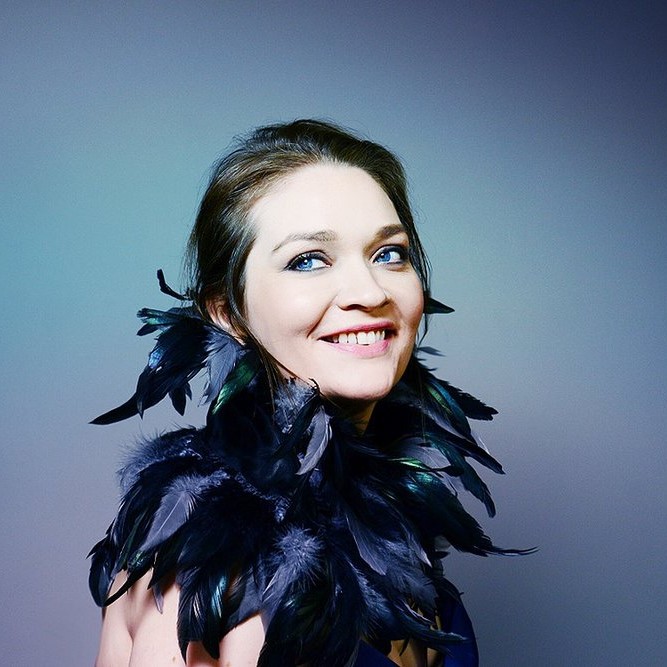 Cellist Sæunn Thorsteinsdóttir has appeared as soloist with the Los Angeles Philharmonic, Toronto and Iceland Symphonies, and her recital and chamber music performances have taken her across the US, Europe and Asia. Highlights from the 2016–2017 season included the premiere of a new concerto written for her by Páll Ragnar Pálsson, co-commissioned by the NDR Elbphilharmonie Orchester and the Los Angeles Philharmonic. In addition to having collaborated closely with Daníel Bjarnason on his award-winning composition Bow to String, she also worked with composers Halldór Smárason, Melia Watras, and Thurídur Jónsdóttir on new pieces for solo cello. An avid chamber musician, she has participated in numerous chamber music festivals, including Prussia Cove and Marlboro. Sæunn is cellist of the Seattle-based chamber music group, Frequency, and cellist, founding member, and co-Artistic Director of Decoda, The Affiliate Ensemble of Carnegie Hall. In the fall of 2015, Sæunn joined the faculty of the University of Washington, teaching cello and chamber music. Sæunn has garnered numerous top prizes in international competitions, including the Naumburg Competition and the Antonio Janigro Competition in Zagreb. She received a Bachelor of Music degree from the Cleveland Institute of Music, a Master of Music degree from The Juilliard School and a Doctorate of Musical Arts from SUNY Stony Brook.