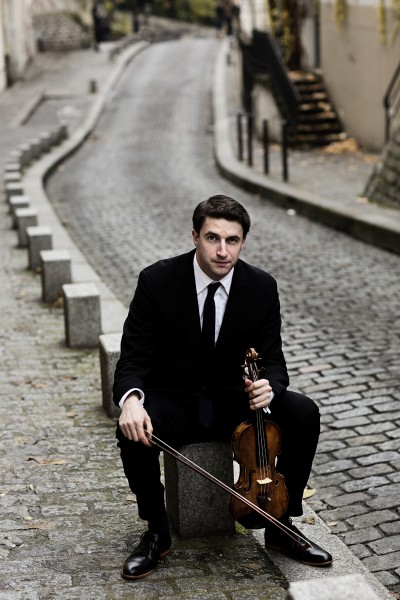 Noah Bendix-Balgley was appointed to first concertmaster of the Berlin Philharmonic in 2014. Before that he served as the concertmaster of the Pittsburgh Symphony Orchestra from 2011 to 2015. Noah is a Laureate of the 2009 Queen Elisabeth Competition in Brussels, and the 2008 Thibaud Competition. As a soloist, he has performed with the Berlin Philharmonic, the Pittsburgh Symphony Orchestra, the Orchestre Philharmonique de Radio France, the Orchestre National de Belgique, the Utah Symphony, and the Auckland Philharmonia. In June 2016, he premiered his own Klezmer violin concerto Fidl-Fantazye with the Pittsburgh Symphony Orchestra. He is a member of Philharmonix, a group featuring members of both the Berlin and Vienna Philharmonic Orchestras. Noah has appeared at numerous festivals in Europe and North America, including the Sarasota Festival, ChamberFest Cleveland, Zermatt Festival and the Brevard Festival. Born in Asheville, North Carolina, Noah began playing violin at age 4. He graduated from the Indiana University Jacobs School of Music and the Munich Hochschule. He performs on a Cremonese violin made in 1732 by Carlo Bergonzi.