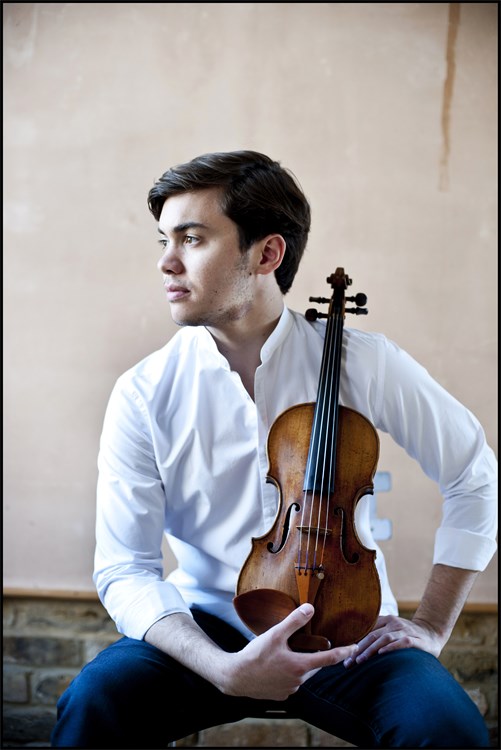 sponsor: Wah and May Lui
Present

American violinist Benjamin Beilman is the recipient of a Borletti-Buitoni Trust Fellowship in 2014, and an Avery Fisher Career Grant and the London Music Masters Award in 2012. Highlights of the 2017–18 season included performances with the Houston, Oregon, North Carolina, and Indianapolis symphonies, the Orchestra of St. Luke’s, and a tour with the New Century Chamber Orchestra. Abroad, Beilman debuted with the Scottish Chamber Orchestra, the Trondheim Symphony, and his Australian concerto debut with the Sydney Symphony performing Higdon’s Violin Concerto. He returned to the Philadelphia Orchestra, performing Prokofiev’s Violin Concerto No. 1 with Yannick Nezet-Seguin in subscription concerts and on tour at Carnegie Hall. He also appeared with the San Francisco Symphony, the Chicago Symphony, with the Rotterdam Philharmonic, and the City of Birmingham Symphony. Beilman performs regularly with the Chamber Music Society of Lincoln Center both in New York and on tour and is a frequent guest artist at chamber music festivals including Music@Menlo, the Marlboro, Santa Fe, Mecklenburg-Vorpommern and Verbier Festivals. He studied at the Music Institute of Chicago, The Curtis Institute of Music, and at the Kronberg Academy. Beilman plays the “Engleman” Stradivarius from 1709 generously on loan from the Nippon Music Foundation.