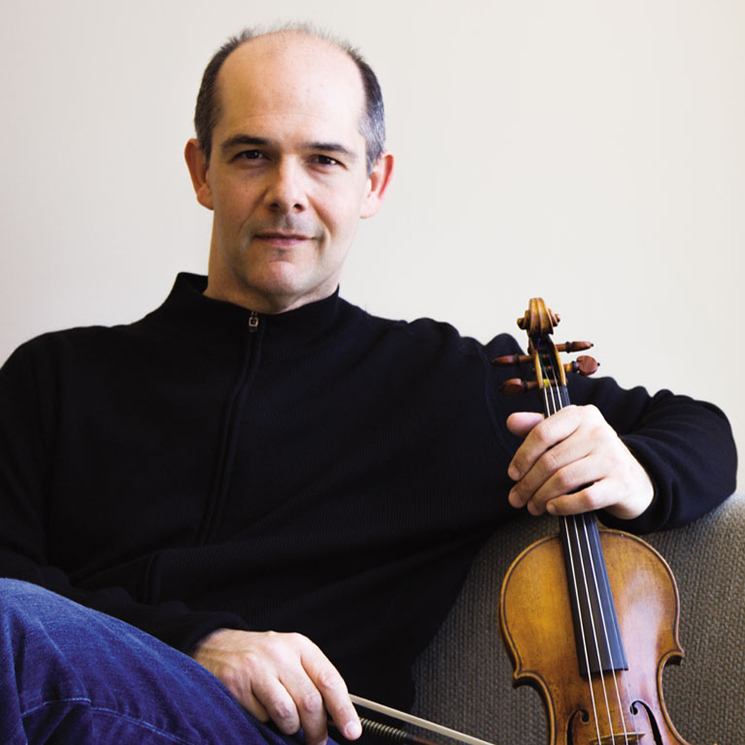 Alexander Kerr, at the age of 26, was appointed to the position of concertmaster of the Royal Concertgebouw Orchestra in Amsterdam. After nine years, he left in 2006 to assume the endowed Linda and Jack Gill Chair in Music as Professor of Violin at the Indiana University Jacobs School of Music. In addition to teaching, he maintains a busy concert schedule appearing with orchestras and in recital and chamber music performances throughout the U.S., Asia and Europe. In 2008 he began his tenure as principal guest concertmaster of the Indianapolis Symphony Orchestra and in 2011, he assumed his role as concertmaster of the Dallas Symphony Orchestra. As an active chamber musician, Kerr has performed at festivals in Aspen, Santa Fe, Caramoor, La Jolla, and throughout Europe. Kerr’s CD releases include Dvořák’s Piano Quintet, music by Dutch composer Rontgen, and Shostakovich’s Romance. Raised in Alexandria, VA, Kerr began his studies at age seven with members of the National Symphony Orchestra. He went on to study with Sally Thomas at The Juilliard School, and with Aaron Rosand at The Curtis Institute of Music where he received his Bachelor of Music degree.