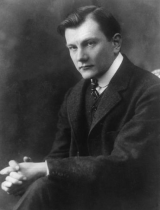 Born in 1877 in Pozsony (not Bratislava), Ernő Dohnányi (Ernst von Dohnányi), a Hungarian pianist, composer, conductor, teacher and administrator is the most versatile Hungarian musician next to Liszt and is considered the architect of Hungary’s musical culture in the 20th century.

He began his musical education with his father, an amateur cellist, and Carl Forstner, an organist at a local cathedral. In 1894, at age seventeen, Dohnányi moved to Budapest and enrolled in the Royal National Hungarian Academy of Music where he studied piano and composition. Dohnányi’s first published composition, a Piano Quintet in C minor, was promoted in Vienna by Johannes Brahms. In June 1897, he requested to take the final exams early and passed with high marks, earning him his diploma in both piano and composition before the age of twenty.

Dohnányi made his public debut in 1897 in Berlin and was at once recognized as an artist of high merit. He followed this success with another in Vienna and then a European tour. The following year, Dohnányi made the trip to the United States and made his debut with the St. Louis Symphony.

In 1901 he completed his Symphony No. 1, married Elisabeth Kunwald and in 1902 his son, Hans von Dohnányi, was born, who would later come to identify himself as a leader of the anti-Nazi resistance in Germany and a collaborator of Dietrich Bonhoeffer.

From 1905 to 1915, Dohnányi taught at the Hochschule in Berlin. While in residence there, he wrote The Veil of Pierrette, Op 18, and the Suite in F-sharp minor, Op. 19. After his time teaching in Berlin, he returned to Budapest and took a more active role in the development of the musical community in Hungary. He began teaching at the Budapest Academy, turned his focus to promoting some of the lesser-known Hungarian composers such as Bartók and Kodály, continued with his own compositions and maintained a performance schedule which included over one hundred appearances in Budapest alone.

In 1919, after being forced out of the Academy for political reasons, Dohnányi became the chief conductor of the Budapest Philharmonic Society (1919-1944) and later with the New York State Symphony Orchestra (1925 on). During the 1930’s his concert career slowed due to persistent illness and he returned to the Academy in 1934 and chose to leave when World War II erupted and he refused to conform to the anti-Semitic regime. In addition to this, Dohnányi refused to fire members of the Budapest Philharmonic for any religious or racial grounds and eventually disbanded the entire orchestra to avoid such measures. In 1944, he relocated to Austria and in 1949 accepted a position at Florida State College in Tallahassee.

Dohnányi continued to perform and conduct on a limited basis until his death in 1960.

Heavily influenced by Brahms during his youth (which is noticeable in his first Piano Quintet), Dohnányi owes more thanks to the noble structures of German Classicism than the late Romantic or early twentieth century aesthetics. His output includes three operas, two symphonies (1901 and 1943), and a wealth of chamber music including three string quartets and two piano quintets which remain vital to the repertoire.