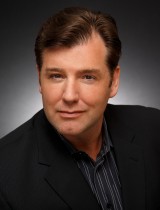 James Westman is a Verdi-baritone and is most known for his interpretations of the Verdi, Puccini, and bel canto operatic repertoire, with his signature role being Germont in La traviata which he has sung in over 150 performances.

Born in 1972 and making his public debut at the age of eight, this Canadian vocalist had toured with the American Boys Choir, the Paris Boys Choir, and the Vienna Boys Choir as a treble voice under the name Jamie Westman. He was the first boy ever to perform the fourth movement of Mahler’s Symphony No. 4, “Child’s View of Heaven”, touring the work with the Boston Philharmonic Orchestra throughout Austria, Poland, Czechoslovakia, East & West Germany, and Russia performing in the Musikverein, Roy Thompson Hall and Carnegie Hall at the young age of twelve.

Until March 2000, Westman was the Baritone in Residence with the Adler Fellowship with the San Francisco Opera. Since then, he has performed the leading roles of Verdi, Puccini, Massenet, Donizetti, Janacek, Bizet, Britten and Mozart for principal Opera houses throughout North America and Europe.

He has been nominated for two Grammy awards and three Canadian Juno awards. Westman has also done several recordings for Decca, Opera Rara, CBC, and BBC.

Westman resides by the Avon in Stratford, Ontario, Canada with his wife and two sons close to the heritage farms which have been in his family since the 1700’s.