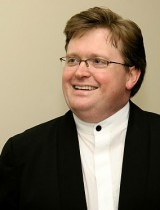 Canadian violinist Martin Beaver was the first violinist of the Tokyo String Quartet from 2002-2013, a founding member of the Toronto String Quartet and Triskelion, and has participated in events with the Boston Chamber Music Society, Bargemusic, the Ravinia Festival, and Reizend Muziekgezelschap in Amsterdam.  He has performed with orchestras across the globe and has been the top prize-winner at the international violin competitions in Indianapolis and Montreal, as well as winning a silver medal at the Queen Elisabeth Competition in Belgium.

In addition to his performance career, Martin has served on the faculties of the Royal Conservatory of Music in Toronto, the University of British Columbia, the Peabody Conservatory of Music of the John Hopkins University in Baltimore, the Steinhardt School at New York University and the Yale School of Music. Recently appointed to the faculty at The Colburn School in Los Angeles he also will act as the co-director of the school’s chamber music program, maintains his own instruction studio, and presents masters classes in North America, Europe and Asia.

Recordings of Martin can be found under the René Gailly, Naim Audio, Naxos, SM5000, and Musica Viva labels.

Martin plays the 1729 ‘ex-Heath’ Guarneri de Gesú violin on loan from The Canada Council for the Arts-Musical Instrument Bank.