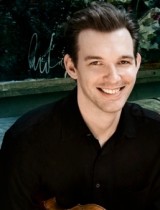 In 2004, Mills made his professional concerto debut with the Ravinia Festival Orchestra conducted by Nicholas McGegan. This led to bookings with the Phoenix, Colorado, and Green Bay Symphonies. In past years Mills has performed as soloist with orchestras including the Juilliard Chamber Orchestra, the New Jersey Symphony, the Denver Philharmonic, the Teatro Argentino Orchestra in Buenos Aires, and the Aspen Music Festival's Sinfonia Orchestra as winner of the Festival's E. Nakamichi Violin Concerto Competition. As a chamber musician Mr. Mills has performed throughout the U.S. and Canada, including concerts at Lincoln Center's Alice Tully Hall, Carnegie Hall, the 92nd Street Y, the Metropolitan Museum, the Kennedy Center in Washington, DC, Boston's Gardener Museum, Chicagofs Ravinia Festival, and the Marlboro Music Festival. Mills is co-founder of the Horszowski Trio as well as Duo Prism, a violin-piano duo with Rieko Aizawa. With Ms. Aizawa, Mills became co-artistic director of the Alpenglow Chamber Music Festival in Colorado in 2010. Mr. Mills began violin studies at the age of three. He graduated with a Bachelor of Music degree from The Juilliard School in 2001.  He studied with Dorothy DeLay, Robert Mann and Itzhak Perlman. Mr. Mills lives in New York City, and he is on the faculty at Longy School of Music of Bard College.