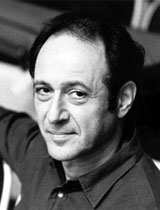 Steve Reich burst on the musical theme in the 1960s as a true avatar of minimalism in music and quickly rose to prominence among American composers. His Music for 18 Musicians remains a frequently played and iconic work. The Guardian described Reich as one of "a handful of living composers who can legitimately claim to have altered the direction of musical history. The New York Times went further, proclaiming Reich to be “our greatest living composer.” In 2007, Reich received the Polar Music Prize along with jazz great Sonny Rollins. In 2009 he won a Pulitzer Prize for Music for his Double Sextet. Early in his career Reich was closely affiliated with the California Tape Music Center along with several other contemporary voices including Pauline Oliveros, Morton Subotnick and Terry Riley.