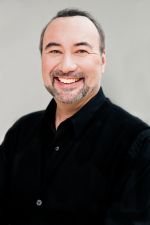 Internationally acclaimed pianist Jon Kimura Parker was born, raised and educated in Vancouver. Jon Kimura Parker has performed as guest artist with the New York Philharmonic, the Cleveland Orchestra, The Philadelphia Orchestra, and with the major orchestras of Atlanta, Baltimore, Boston, Cincinnati, Los Angeles, Minneapolis, and throughout Canada. He has given recitals in London, New York, Chicago, Munich, Budapest, Sydney, Hong Kong, and Tokyo and has performed with the Tokyo Quartet and Joshua Bell. In the spring of 2007 he performed and spoke alongside humanitarians Elie Wiesel and Paul Rusesabagina at the 50th Anniversary of AmeriCares, under whose auspices he performed in war-torn Sarajevo in 1995.

In the summer of 2007 he gave the world premiere of Peter Schickele's Music for Orcas Island, and in 2009 he joined Cho-Liang Lin in the world premiere of a new violin sonata by Paul Schoenfield. A versatile performer, he has jammed with Doc Severinsen and Bobby McFerrin, and collaborated with Audra McDonald and the Mormon Tabernacle Choir. Mr. Parker was awarded his country's highest honor, the Order of Canada, in 1999.

Jon Kimura Parker is Professor of Piano at the Shepherd School of Music at Rice University. A committed educator, he has given master classes at the Steans Institute, the Banff Centre, the Brevard Festival, Caramoor's Rising Stars, and The Juilliard School. He has hosted the television series "WholeNotes" about classical music, and gives recitals and lectures in remote regions of Canada as a founding member of "Piano Plus." Mr. Parker was also seen performing on CNN and has been documented frequently on CBC, as well as on PBS's "The Visionaries." Mr. Parker has recorded for Telarc with André Previn, Yoel Levi, and Peter Schickele.

Last season Mr. Parker appeared as concerto soloist with the NHK Orchestra in Tokyo, and he toured Canada with Pinchas Zukerman and the National Arts Centre Orchestra. This season Parker performs at the Beijing Music Festival, with the Atlanta Symphony, Dallas Symphony, Oregon Symphony and Seattle Symphony, in recitals with James Ehnes, Cho-Liang Lin and Lynn Harrell and in festivals across the country, including the Orcas Island Chamber Music Festival, where he serves as Artistic Advisor.

"Jackie" Parker studied with Edward Parker, Keiko Parker, Robin Wood, Marek Jablonski, and Lee Kum-Sing, as well as Adele Marcus, under whom he received his doctorate at The Juilliard School in 1988. His website is http://www.jonkimuraparker.com/.