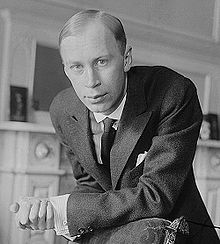 Prokofiev produced propaganda music for the government, but also he composed violin sonatas, his “War Sonatas” for piano, the String Quartet No. 2, the opera War and Peace, and the ballet Romeo and Juliet which are all masterpieces of their respective forms. In 1948, with the resolution that criticized almost all Soviet composers, several of Prokofiev’s works were banned from performance. His health declined and he became more insecure. The composer’s last creative efforts were directed largely toward the production of “patriotic” and “national” works, typified by the cantata Flourish, Mighty Homeland (1947), and yet Prokofiev also continued to produce worthy if lesser-known works like the underrated ballet The Stone Flower (1943). In a rather bitter coincidence, Prokofiev died on March 5, 1953, the same day as Joseph Stalin.