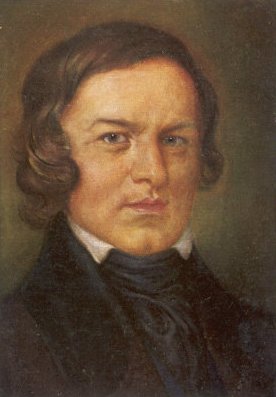 Robert Schumann wrote, “Music is to me the perfect expression of the soul.” The turbulence of German Romanticism, its fantasy & subjective emotion, found their voice in Schumann’s music. Whimsy and ardent expressiveness pervade his miniatures, which teem with impassioned melody, novel harmonies, and vigorous rhythms. Much of his inspiration came from literature. His father was a bookseller and young Schumann absorbed early Romantic literature with boundless passion. His music shares several characteristics including unusual unexpected harmonies and frequent use of irregular rhythms.  Though often considered a founder of Romanticism, his great heroes were Bach (late Baroque), Mozart (high Classicism) and Beethoven.