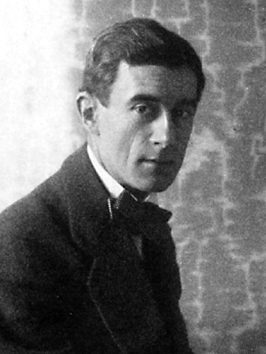 A member of Les Apaches, Ravel was a private, meticulous and precise person. He was almost never caught in the act of composing, his study never showing signs of a work in progress. Friends with Claude Debussy, they influenced and respected each other, but eventually they began a public feud. After Debussy’s death, Ravel assumed the mantle as being considered France’s greatest composer. In his works, Ravel employed impressionist techniques but he was primarily an objectivist and a classicist. He wrote cleanly shaped melodies, etched textures, distinct rhythms, and firm structures. He used conventional tonality and rarely, if ever, the whole tone scale. A fabulous orchestrator, Ravel masterfully employed the full complete orchestra, placing every note, chord, and instrument like a jeweler working with clear, pristine colors. This is apparent in his orchestration of Mussorgsky’s Pictures at an Exhibition as well as his own compositions like Pavane pour une infante defunte, Daphnis et Chloe, and Bolero. His search for novel colors often led to him setting the instruments in odd ranges or roles.