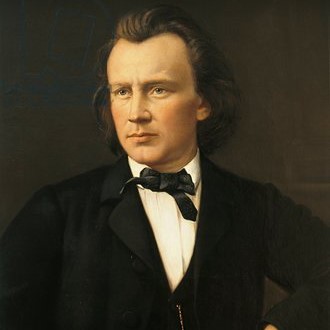 Incredibly self-critical, Johannes Brahms threw away many works that failed to measure up to his high standards. The result: a remarkably high percentage of both his orchestral and chamber music commands a solid place in the standard repertoire. Brahms was uncommonly knowledgeable about music through the ages, and adopted and adapted “classical” forms. He used old church modes (as in the second movement of his Fourth Symphony) and the late Renaissance and Baroque variation form, the Chaconne, in the last movement of this same work. He wrote in all genres (symphonies, concertos, chamber works, solo piano, songs and choral) except opera. Though formally classical, his music conveys Romantic warmth and humanity.