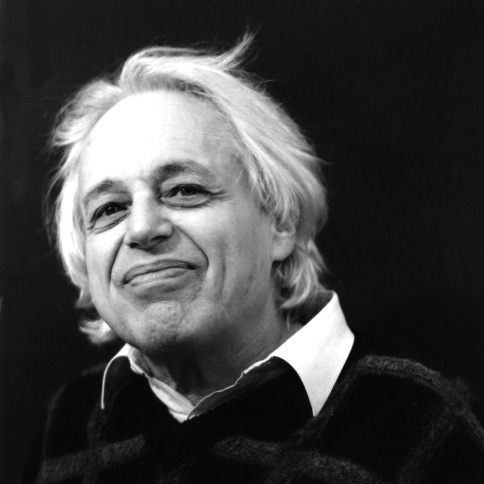 György Ligeti was born on 28 May, 1923, in Dicsöszentmárton in Romania. His parents belonged to the Hungarian-Jewish minority in Transylvania, and they soon moved with him to Cluj, where he began to receive instruction in composition with Ferenc Farkas in 1941. The Nazi regime tore his family apart – his brother and father died in concentration camps, György Ligeti himself was set to forced labor, his mother survived Auschwitz.

After the war ended, Ligeti continued his studies in composing with Ferenc Farkas and Sándor Veress at the Liszt Ferenc Academy of Music in Budapest. In addition to his focus on folk music, during this period he also began to develop the concept of a micropolyphonic compositional style. Although his folksong arrangements and his compositions based on Romanian and Hungarian folk melodies were published in Hungary, his new musical ideas could first come to full fruition upon his move to Vienna. This move had become necessary for him for political, as well as artistic, reasons after the Hungarian revolution of 1956.

In Cologne, he became acquainted with representatives of the avant-garde such as Michael Koenigge and Herbert Eimert, who invited him to the studio for electronic music at the West German Radio (WDR). He worked there from 1957 to 1958. He was now able to study intensely the music of Mauricio Kagel, Pierre Boulez, and Karlheinz Stockhausen; he himself, however, with compositions such as Artikulation, continued to follow his own compositional path, one which had little to do with serial, structural thinking. His orchestral piece Apparitions, premiered at the festival of the International Society for Contemporary Music in Cologne, helped him to reach a wider audience. His 1961 orchestral work Atmosphères, a seemingly static structure of single voices in constant flux through minute rhythmic, intervallic, and dynamic adjustments, secured his position on the international scene. This, along with several other pieces were used by Stanley Kubrick in his film 2001: A Space Odyssey.

Micropolyphony remained an important point in his works, and was enriched in the coming years through various other components: in his short musical dramas Aventures (1962) and Nouvelles Aventures (1962-62), György Ligeti used an invented language made up of phonetically notated words. He explored the use of micro-intervals in Ramifications (1968-69). In the seventies, he often took an ironic approach to historical models of composition. One main work of this period is the opera Le Grand Macabre, based on a theatrical work by Michel de Ghelderode. It was premiered in Stockholm in 1978. Complex polyrhythms influence the works of the 80s and 90s, including his Piano Concerto (1985) and Violin Concerto (1990-92).

The prizes Ligeti has won for his compositional achievements are so numerous that only some of them can be named here. In 1991 he won the Praemium Imperiale, and in 1993 the Ernst-von-Siemens-Musikpreis. In 2004 he was honoured with the Polar Music Prize from the Royal Swedish Academy of Music.