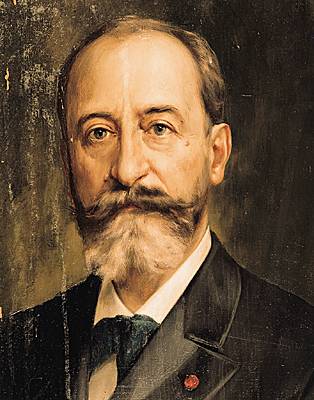 Camille Saint-Saëns was something of an anomaly among French composers of the nineteenth century in that he wrote in virtually all genres, including opera, symphonies, concertos, songs, sacred and secular choral music, solo piano, and chamber music. He was generally not a pioneer, though he did help to revive some earlier and largely forgotten dance forms, like the bourée and gavotte. He was a conservative who wrote many popular scores scattered throughout the various genres: the Piano Concerto No. 2, Symphony No. 3 (“Organ”), the symphonic poem Danse macabre, the opera Samson et Dalila, and probably his most widely performed work, The Carnival of The Animals. While he remained a composer closely tied to tradition and traditional forms in his later years, he did develop a more arid style, less colorful and, in the end, less appealing. He was also a poet and playwright of some distinction.