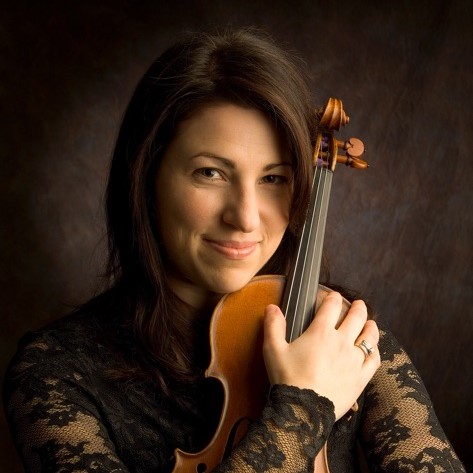 Amy Schwartz Moretti has a distinguished musical career of broad versatility. Since 2007, she has been Director of the McDuffie Center for Strings and has developed the Fabian Concert Series; she also holds the Caroline Paul King Chair, teaching in the Mercer University Townsend School of Music. A performing artist with an affinity for chamber music, she enjoys touring with the Ehnes Quartet and maintains an active schedule of solo, chamber and concertmaster appearances. Recent performances include the 2019 premiere of Schmitz’s Violin Concerto written for her. Her other festival appearances this summer include Bridgehampton, ChamberFest Cleveland, La Jolla, Meadowmount, and Manchester Music Festival. Moretti is former concertmaster of the Oregon Symphony and Florida Orchestra. She has served as guest concertmaster for the symphony orchestras of Atlanta, Houston, Pittsburgh; the New York Pops and Hawaii Pops; and the festival orchestras of Brevard, Colorado and Grand Teton. The Cleveland Institute of Music has recognized her with an Alumni Achievement Award and she is the 2014 San Francisco Conservatory of Music Fanfare Honoree. In December 2018, Moretti was selected as one of Musical America’s “Top 30 Professionals of the Year.”