The Crescendo Concert Series features Seattle Chamber Music Society Festival musicians performing in private salons for audiences of 40 to 80. Each concert is followed by a reception with the artist(s) and provides you with a unique opportunity to experience chamber music in an intimate venue as it was originally conceived. Proceeds support Seattle Chamber Music Society’s annual operations, including our Festivals, community outreach and education programs.

Tickets: $150 per person
$100 of each concert ticket is fully tax-deductible.

Our 2018-19 Crescendo Concert musicians and dates are below. For inquiries about the series, you can contact Director of Development Kimberly Fulghum at 206-283-8710 or email her. 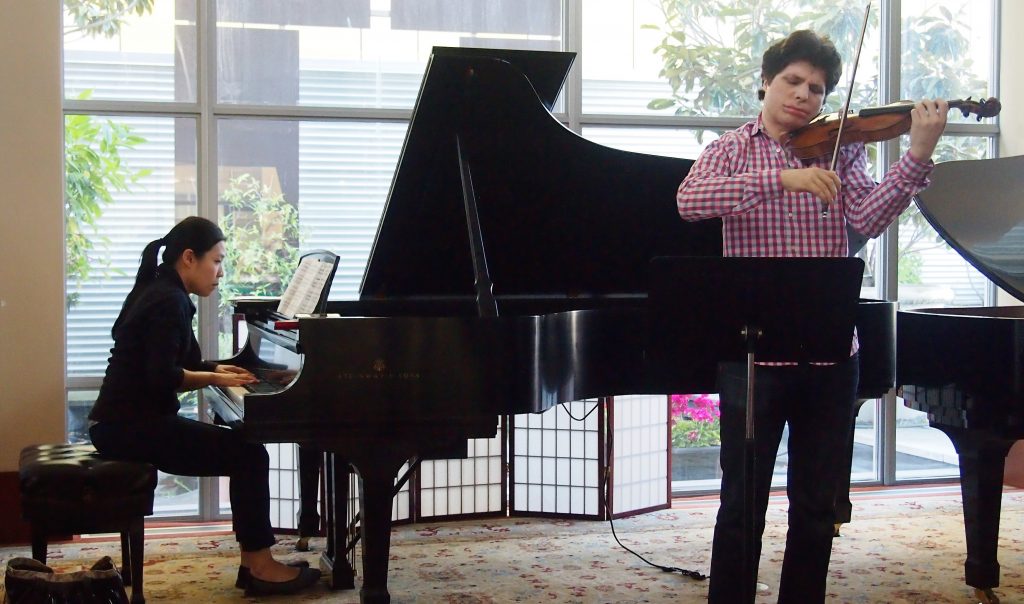 Joyce Yang and Augustin Hadelich rehearse for a Crescendo Concert during the 2017-18 season.

Award-winning pianist Max Levinson performs in Crescendo Concert series for one night only. He performs in a private home for a small audience of 40 attendees. His program includes music by Mozart and Rachmaninov, specific works will be announced from the stage.

The performance will be followed by wine and hors d’oeuvres reception with Max. 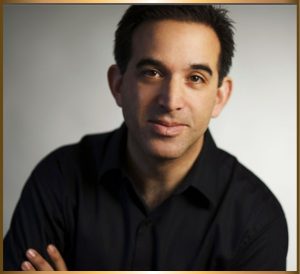 Pianist Max Levinson won First Prize at the Dublin International Piano Competition, the first American to achieve this distinction, and was awarded an Avery Fisher Career Grant. In 2005, he was given the Andrew Wolf Award for his chamber music playing. Levinson has performed as soloist with the symphonies of San Francisco, St. Louis, Detroit, and Baltimore, as well as the Los Angeles Philharmonic. Recital appearances include the Kennedy Center, Tonhalle Orchester Zurich, Ravinia, Lincoln Center, and Wigmore Hall. Artistic Director of the San Juan Chamber Music Festival (in Ouray, Colorado), He is an active chamber musician and has appeared at numerous music festivals including Mostly Mozart, Santa Fe, Marlboro, Tanglewood, La Jolla, Bravo/Vail, and Killington. He has several recordings, including his most recent, the Brahms Sonatas for Violin and Piano, with violinist Stefan Jackiw. Strongly committed to nurturing young audiences, Max Levinson has been a participant in the GRAMMY-in the-Schools program throughout the United States. He is on the faculty of the New England Conservatory and the Chair of the Piano Department at Boston Conservatory. Born in the Netherlands and raised in Los Angeles, Levinson began studying piano at age five. He attended Harvard University, graduating cum laude with a degree in English Literature, and later completed his graduate studies at the New England Conservatory of Music. (maxlevinson.instantencore.com)

Virtuosic violist Richard O’Neill comes to Seattle just for this very special concert in a private home located in Seattle’s Denny Triangle neighborhood. Accompanied by pianist Steven Lin, Richard will announce his program from the stage. Total capacity is 75; this concert is sure to sell out.

The performance will be followed by a lovely banquet reception with the artists. 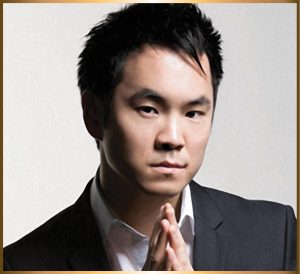 Violist Richard O’Neill, EMMY Award Winner, two-time GRAMMY nominee and Avery Fisher Career Grant recipient, has appeared as soloist with the London, Los Angeles and Seoul Philharmonics, the BBC, KBS and Hiroshima Symphony Orchestras, and the Wurttemburg, Vienna and Kremerata Baltica Chamber Orchestras. Recent highlights include the premieres of Lera Aurbach’s 24 Preludes, John Harbison’s Viola Sonata, and his fifteen year anniversary of concerts in Korea with a special appearance of the Ehnes Quartet at Seoul Arts Center. A recording artist with UNIVERSAL/Deutsche Grammophon, he has made nine solo albums. He is a member of the Chamber Music Society of Lincoln Center, Camerata Pacifica and the Ehnes Quartet. Composers Lera Auerbach, Elliott Carter, John Harbison, Huang Ruo and Paul Chihara have written and dedicated works to him. His chamber music project DITTO has introduced tens of thousands to chamber music in South Korea and Japan. The first violist to receive the Artist Diploma from The Juilliard School, he was honored with a Proclamation from the New York City Council. A native of Sequim, Washington, he serves as Goodwill Ambassador for the Korean Red Cross, CARE, UNICEF and runs marathons for charity. (richard-oneill.com)

This event is SOLD OUT.

Bronze Medalist at the International Tchaikovsky Competition, cellist Bion Tsang is one of the most highly sought after soloists, recitals, and chamber musicians. Along with his numerous performances he serves as the Division Head of Strings and the Chair of Cello at the Butler School of Music at the University of Texas at Austin.

Recipient of numerous awards, including First Prize at the Naumberg International Piano Competition, pianist Anton Nel, has performed concertos and recitals around the world. He is a Professor of Piano and Chamber Music at the University of Texas at Austin.

Bion Tsang and Anton Nel are two of SCMS’s most frequent guest musicians with a combined 71 Festival appearances between them.

They will announce their program from the stage on the day of the performance.

Former concertmaster of the Oregon and Florida Symphony Orchestras, violinist Amy Schwartz Moretti currently serves as the Director of the McDuffie for Strings at Mercer University Townsend School of Music and is the second violinist of the Ehnes Quartet. 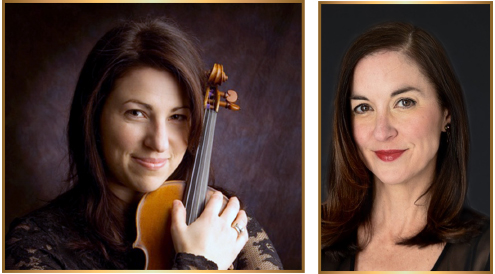 Pianist Paige Roberts Molloy has given solo recitals around the world and is a frequent guest of leading chamber music festivals across the United States.

The program will be announced from the stage.

Please note: At this time our next Crescendo Concert with Orion Weiss on Saturday, May 9 has been postponed. It has been rescheduled for Monday, August 31 from 6pm-8pm and will include a light supper.

Seattle Chamber Music Society remains committed to supporting the safety of all of our patrons, musicians, volunteers and staff with care, compassion, and a commitment to the healing power of the arts.

Pianist Orion Weiss has performed as a soloist with orchestras around the world and is a highly sought after chamber musician. Frequent collaborations include performances with James Ehnes, Augustin Hadelich, and Julie Albers. He is the winner of numerous prizes and prestigious awards. He will announce his program from the stage. 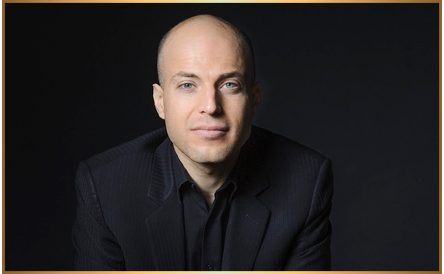