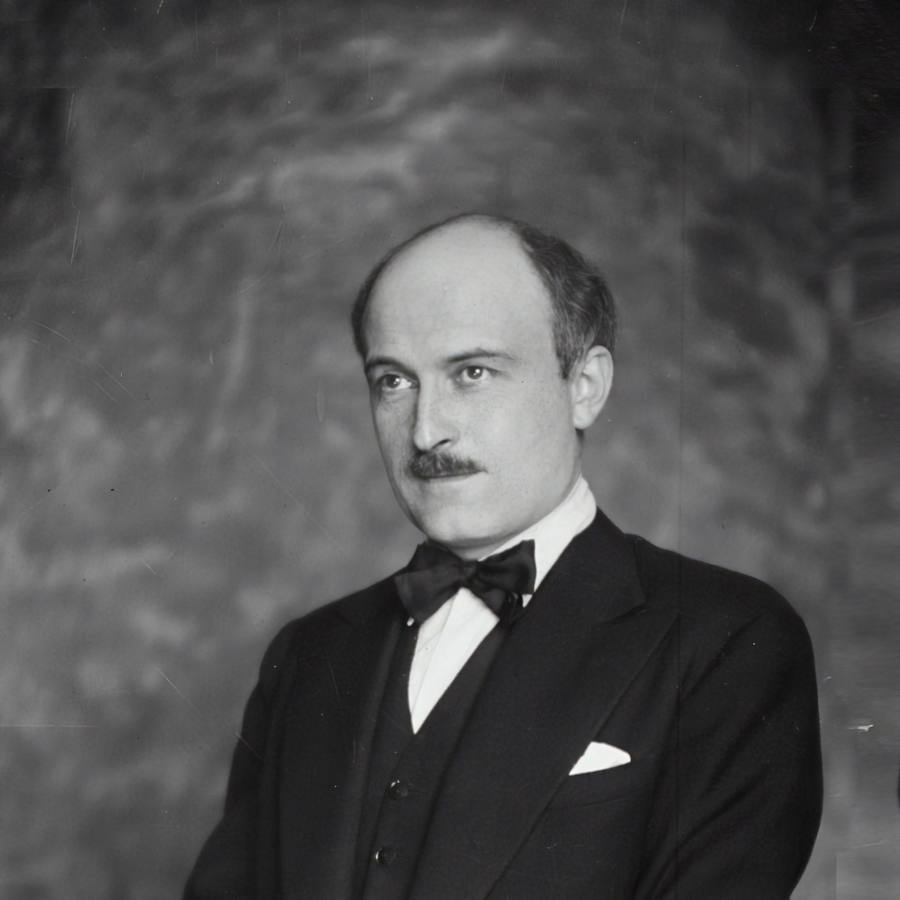 Jacques Ibert was born in Paris in 1890. His mother, an accomplished pianist, provided violin, then piano lessons for Jacques, despite his father’s wishes that his son follow in his business profession. From the beginning, Jacques always was more interested in free improvisation on the piano than concentration on technique and repertory.

After deciding to become a composer, his cousin, Manuel de Falla, encouraged him in this field. Upon graduating from secondary school in 1908, he delayed entering the Paris Conservatoire in order to help his father, whose family business had suffered a financial setback. While working there, his plans switched from music to acting, an interest stimulated by meeting actors, singers, artists and writers during the family’s earlier travels. His interest in theatre would be remain important for him throughout life.

Finally in 1911, Ibert entered the Paris Conservatoire. Among his classmates were Darius Milhaud and Arthur Honegger, with whom he would work later on several occasions. His father unhappy about his music studies, had withdrawn financial support so Ibert made his  living by working as an accompanist and writing popular songs and piano pieces.

World War I interrupted Ibert’s studies at the Conservatoire. During the war, he joined an army medical unit, and was decorated with the Croix de Guerre by the French government. Shortly after returning to the Conservatoire, Ibert won the Premier Grand Prix (Prix de Rome), which meant living up to three years in Rome at the Villa Medici.

In 1937 Ibert was named Director of L’Académie de France à Rome, the first musician to hold this post. He was responsible for administrative duties and supervision of the Prix de Rome winners. He held the position until 1960. In 1955, Ibert was appointed General Administrator of the Réunion des Théâtres Lyriques nationaux (the combined management of Paris Opera and Opera Comique), and in 1956 he was elected to the Académie des Beaux Arts of the Institut de France. He died in 1962.