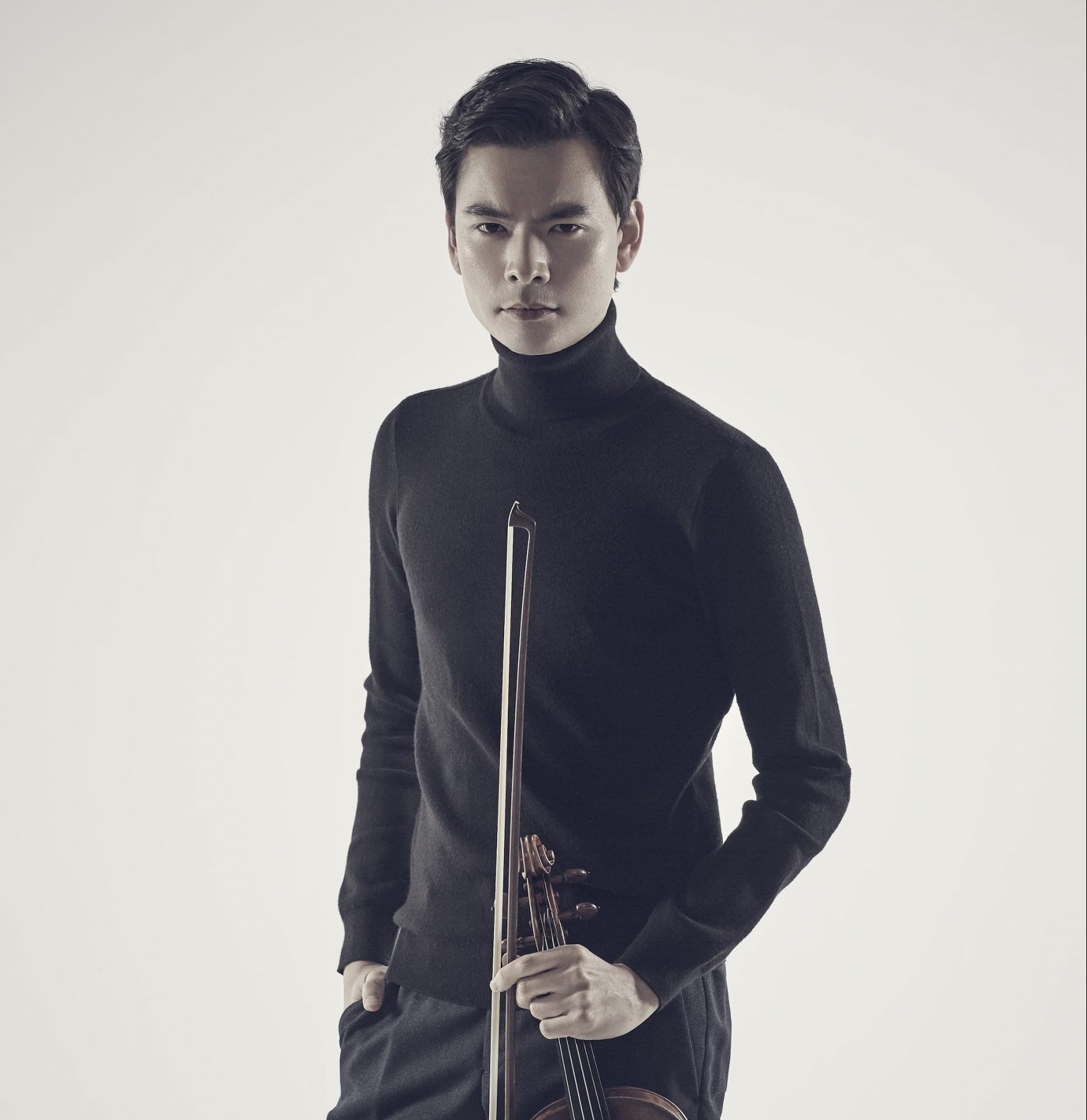 This season, violinist Stefan Jackiw will re-unite with Juraj Valcuha to make his debut with the Konzerthaus Orchestra Berlin performing Korngold’s Violin Concerto. He also returns performing Stravinsky to the Bournemouth Symphony with Kirill Karabits, the Helsinki Philharmonic with Hans Graf, and the RTÉ National Symphony in Dublin with Leonard Slatkin.  Other highlights include performances with the San Diego Symphony and Rafael Payare, the Indianapolis and Baltimore Symphonies with David Danzmayr, and the Omaha Symphony. In recital, Stefan continues touring the complete Ives Sonatas with Jeremy Denk, with whom he has recorded the sonatas for future release on Nonesuch Records. He also appears on tour with harpsichordist Mahan Esfahani, exploring works for violin and harpsichord and featuring a new commission by Lester St. Louis, and continues to perform alongside pianist Conrad Tao and cellist Jay Campbell as part of the Junction Trio, with stops this season in Massachusetts, Washington D.C., Ohio, California, Texas, New Mexico, Florida, and more.

Highlights of recent seasons include his debut with the Cleveland Orchestra and Juraj Valcuha, with whom he also re-united for performances in Dallas, Detroit, and Luxembourg; performances of Prokofiev’s Second Violin Concerto at Carnegie Hall with Mikhail Pletnev, as part of a multi-city tour with the Russian National Orchestra; as well as performances with the St. Louis Symphony under Nicholas McGegan, the Minnesota Orchestra under Ilyich Rivas, the Rotterdam Philharmonic under Yannick Nézet-Séguin, the Indianapolis Symphony under Krzysztof Urbanski, and the Pittsburgh Symphony under Valčuha. Other highlights in Europe included his performances with the Netherlands Radio Symphony and Ludovic Morlot at the Concertgebouw. In Asia, Stefan has appeared with the Tokyo Symphony at Suntory Hall under the direction of Krzysztof Urbanski, and the Seoul Philharmonic under Venzago. He has also toured Korea, playing chamber music with Gidon Kremer and Kremerata Baltica. In Australia, Stefan toured with the Australian Chamber Orchestra play-directing Mendelssohn. He also gave the world premiere of American composer David Fulmer’s Violin Concerto No 2 “Jubilant Arcs”, written for him and commissioned by the Heidelberg Festival with the Deutsche Kammerphilharmonie under Matthias Pintscher. Recital highlights have included his performances of the complete Ives violin Sonatas with Jeremy Denk at Tanglewood and Boston’s Jordan Hall, and performance of the complete Brahms violin sonatas, which he has recorded for Sony. He also recently recorded the Beethoven Triple with Inon Barnatan, Alisa Weilerstein, Alan Gilbert and Academy St. Martin in the Fields.

Born to physicist parents of Korean and German descent, Stefan Jackiw began playing the violin at the age of four. His teachers have included Zinaida Gilels, Michèle Auclair, and Donald Weilerstein. He holds a Bachelor of Arts from Harvard University, as well as an Artist Diploma from the New England Conservatory, and is the recipient of a prestigious Avery Fisher Career Grant. Jackiw plays a violin made in 1750 in Milan by G.B. Guadagnini, on generous loan from a private collection. He lives in New York City.