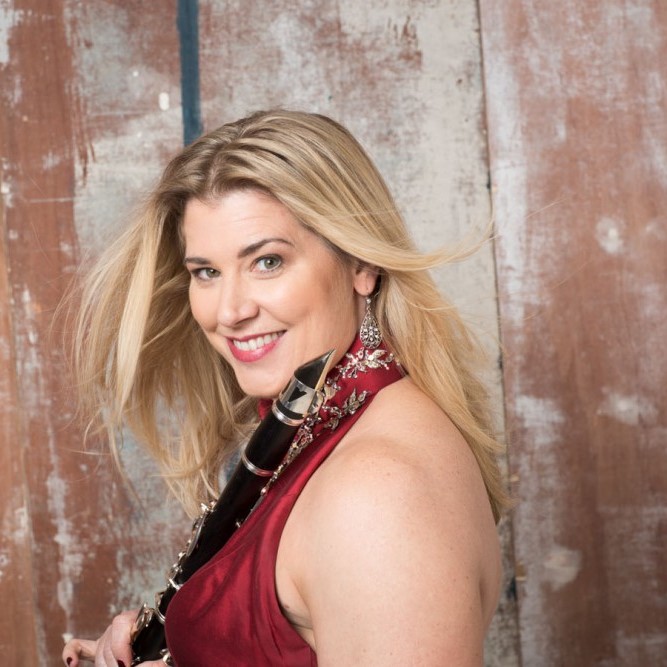 British-American Clarinettist Jean Johnson is an international collaborator in chamber music programs and as such has played in the Concertgebouw, Carnegie Hall, the Palais des Beaux-Arts, and the Esplanade Singapore. As part of her varied music life Johnson concertises with her husband, pianist Steven Osborne, and is a member of the critically acclaimed trio ensemble,”Metamorphoses”.

Chamber music festivals include Mostly Mozart Festival at Lincoln Center NYC, International Chamber Music Series Southbank Centre London, Spannungen in Heimbach, Lammermuir Festival, Bath Music Festival, Hindsgavl Festival Denmark, Schwetzingen, Prussia Cove in Cornwall, St. Magnus Festival in Orkney, and many others. She has collaborated with chamber music groups around the world and has been a concerto soloist. Forthcoming events include recitals around the UK, Spain, Netherlands, and America.

Johnson was a student at the University of Massachusetts, attended Indiana University as an Associate Instructor in Clarinet, and as a Fellow at the Aspen Music Festival. Johnson began her career with the Singapore Symphony Orchestra in the posts of Associate and Acting Principal. As a Guest Principal she has worked with the Bergen Philharmonic, Scottish Chamber Orchestra, BBC Scottish Symphony Orchestra, and Royal Scottish National Orchestra among many others.  Jean has recorded both Brahms and Rozsa Sonatas on the Avie label with Steven Osborne.