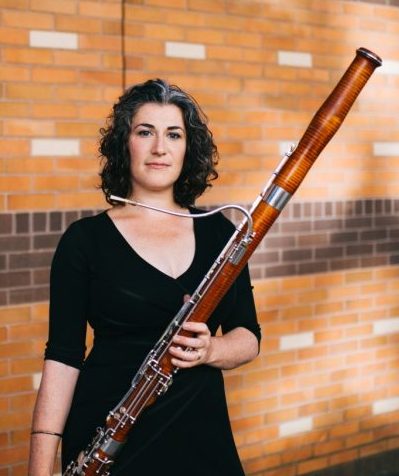 Under the umbrella of the Oregon Symphony Sounds of Home series, she recently curated and performed in a chamber music program with commissions from local composers and in conjunction with the Audubon Society of Portland to raise awareness of the impact of climate change. Ms. Miller has had the immense pleasure of performing duets with jazz sensation Wycliffe Gordon as part of her residency coaching with the National Youth Orchestra of Carnegie Hall.
A native of Queens, NY, Ms. Miller holds a BM from the Juilliard School, an MM from Rice University, and an Advanced Certificate from the University of Southern California. Her teachers include Whitney Crockett, Frank Morelli, Stephen Maxym, and Benjamin Kamins. As an educator, she has presented masterclasses for the Shepherd School of Music at Rice University and the Glenn Gould School of the Royal Conservatory, and coaches for the Portland Youth Philharmonic and Wallowa Lake Woodwind Camp. Ms. Miller had the great privilege of serving for a year as visiting Adjunct Associate Professor of Bassoon at Indiana University in 2021-2022, and is currently Adjunct Professor at Portland State University and Reed College. She serves on the Board of Directors for the Portland Youth Philharmonic, as well as curating a private teaching studio from her home in Portland, Oregon.