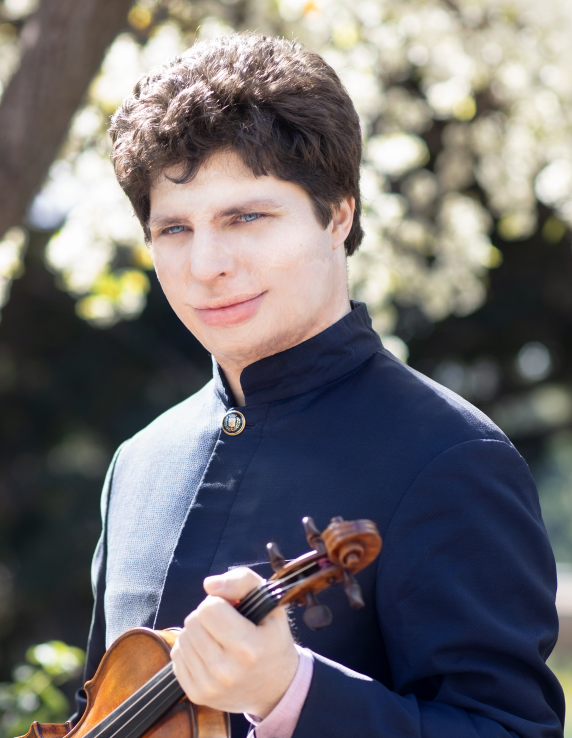 Violinist Augustin Hadelich has performed with every major orchestra in North America, as well as orchestras around the world, including the Bavarian Radio Symphony, Royal Concertgebouw Orchestra, Danish National Orchestra, Finnish Radio Symphony, Hong Kong Philharmonic, London Philharmonic, NHK Symphony, Rotterdam Philharmonic, Seoul Philharmonic, and the Radio Orchestras of Frankfurt, Saarbrücken, Stuttgart and Cologne. Hadelich is the winner of a 2016 GRAMMY Award for his recording of Dutilleux’s Violin Concerto with the Seattle Symphony and Ludovic Morlot. Other releases include Brahms and Ligeti Violin Concertos, Paganini’s 24 Caprices, Tchaikovsky and Lalo Concertos with the London Philharmonic Orchestra, and Sibelius and Adès Concertos, which was nominated for a Gramophone Award. Hadelich won the Gold Medal at the 2006 International Violin Competition of Indianapolis. Since then, he has received a Borletti-Buitoni Trust Fellowship in the UK; the inaugural Warner Music Prize; and Musical America’s “2018 Instrumentalist of the Year.” Hadelich plays the violin “Leduc, ex-Szeryng” by Giuseppe Guarneri del Gesù of 1744, generously loaned by a patron through the Tarisio Trust.