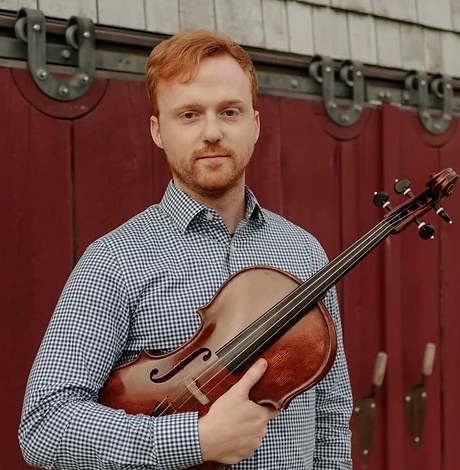 Alexander Grimes is the newly tenured Principal Viola of the Pacific Northwest Ballet Orchestra in Seattle, Washington. After graduating from Vanderbilt University under the instruction of Kathryn Plummer, he went on to New England Conservatory where he studied under internationally acclaimed violist Dmitri Murrath. Before moving to Seattle, Alex was a regular substitute with the Nashville Symphony and enjoyed a freelance career recording film and television soundtracks with Nashville Scoring Strings.

A native of Long Island, New York, Alex has lived and performed internationally.

His most recent appearances were as a fellow of the Huberman Project in Tel Aviv, Israel, and as a recitalist at the Accademia Perosi in Biella, Italy.