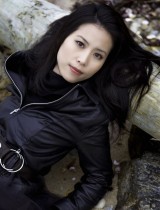 Pianist Gloria Chien made her orchestral debut at the age of 16 with the Boston Symphony Orchestra. She has presented recitals at the Alice Tully Hall, Jordan Hall, Gardner Museum, Phillips Collections, Caramoor and Verbier Music Festivals, Salle Cortot in Paris, AlpenKlassik in Germany and the National Concert Hall in Taiwan. An avid chamber musician, Gloria has been the resident pianist with the Chameleon Arts Ensemble of Boston since 2000. She has recorded for Chandos Records, and recently released a CD with clarinetist Anthony McGill. In 2009, Gloria launched String Theory, a chamber music series in downtown Chattanooga, as its Founder and Artistic Director. The following year, she was appointed Director of the Chamber Music Institute at the [email protected] Festival by Artistic Directors, David Finckel and Wu Han. A native of Taiwan, Gloria is a graduate of the New England Conservatory of Music. She is an Associate Professor at Lee University in Cleveland, TN, and is a member of the Chamber Music Society Two of Lincoln Center.