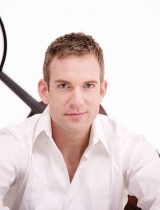 Johannes has received two ECHO Klassik awards for his recordings on Hänssler Classics. His concerto debut disc, which features the complete works of Saint-Saëns for cello and orchestra with the Stuttgart Radio Symphony Orchestra, was honored as one of Classics Today's Top 10 CDs of 2008. His sixth album, due out in summer 2010, features works by Britten, Bridge and Bax.

Born into a musical family in 1979 as a dual citizen of Germany and Canada, Johannes began studying the cello at the age of eight and became a student of Professor David Geringas in 1997. He was the top prize winner at the 2002 Tchaikovsky Competition, in addition to being awarded the Special Prize for his interpretation of the Rococo Variations. His website is http://www.johannes-moser.com/.