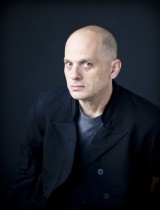 Composer David Lang has been described as a passionate, prolific and complicated composer who embodies the restless spirit of invention as he is committed to music that resists categorization and he constantly creates new forms.

David received his undergraduate degree at Stanford University, his graduate degree from University of Iowa and his doctorate of musical arts at Yale University in 1989. His music is informed by modernism, minimalism, and rock and has made him one of the most frequently performed American composers.

He was named Musical America’s 2013 Composer of the Year, was the recipient of Carnegie Hall’s Debs Composers Char for 2013-2014, the Rome Prize, BMW Music-Theater Prize, and a Bessie Award for his music in The Most Dangerous Room in the House. One of his most well known pieces, The Little Match Girl Passion, commissioned by Carnegie Hall, was also awarded the 2008 Pulitzer Prize for music and its recording received the 2010 Grammy Award for Best Small Ensemble Performance.

Recent works include Death Speaks, a song cycle basted on Schubert performed by rock musicians; Man Made, a concerto for the So Percussion quartet and the BBC orchestra; The Whisper Opera; Love Fail, composed for the early vocal ensemble Anonymous 4; Reason to Believe; Concerto (World to Come); Writing on Water; and The Difficulty of Crossing a Field, a fully staged opera with the Kronos Quartet.

David is the co-founder and co-artistic director of New York’s music collective Bang on a Can.

His music is published by Red Poppy Music (ASCAP) and is distributed worldwide by G. Schirmer, Inc. Recordings of his works can be found under the Sony Classical, Harmonia Mundi, Teldec, BMG, Point, Chandos, Argo/Decca, and Cantaloupe labels.